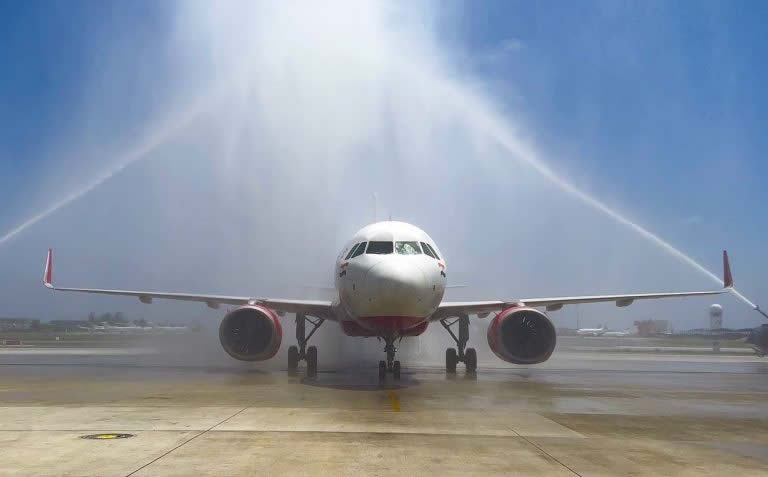 A video shared by Air India showed its flight AI-267 being welcomed at Male airport. It showed the plane taxiing through two water cannons forming an arch. Air India flew its first plane to Male from Trivandrum (now Thiruvananthapuram), Kerala, in February 1976.

The caption read, “AI-267 was welcomed with a water canon salute as it landed at Male airport #MACLmedia today to commemorate 46 years of air service between India & Maldives.”

#Fly AI: AI-267 was welcomed with a water canon salute as it landed at Male airport #MACLmedia today to commemorate 46 years of air service between India & Maldives.

Air India operated its first flight from Trivandrum to Male in Feb 1976. pic.twitter.com/lGqfrYFWuo

A water cannon salute is a mark of respect. Within a couple of hours of being shared, the clip was viewed over 3,000 times.

In January 2022, after almost 7 decades, Tata Group regained control over the airlines. The Tata group officially took over Air India from the government on January 27. “We are totally delighted to have Air India back at the Tata group and are committed to making this a world-class airline,” Tata Sons Chairman N Chandrasekaran had said then.

A few days later, Air India also shared a welcome message for its passengers by Ratan Tata, chairman emeritus of Tata Sons. In the pre-recorded message, Mr Tata was heard saying, “The Tata Group welcomes Air India's new customers and is excited to work together to make Air India the airline of choice in terms of passenger comfort and service.”