A Brazilian model and television personality, former Victoria’s Secret Angel Alessandra Ambrosio has back in Maldives again with her family at Waldorf Astoria Maldives Ithaafushi.

The Brazilian bombshell shared a series of videos to her 10.2 million Instagram followers where her family were seen very excited arriving at the resort. “Ok after months being home, they are so excited to arrive in paradise,” she wrote in one of the stories where her 2 kids were seen.

Alessandra’s career was launched when she won a modeling contest and was featured on the cover of Elle Magazine, just the first of over 60 international magazine covers she has appeared on. Ambrosio emerged into the international modeling world as part of the Brazilian invasion in the late 90’s. Described as “the future of the modeling world,” Alessandra is best known for her work with Victoria’s Secret. She was named as the first spokesmodel for Victoria’s Secret PINK line and is currently an internationally recognizable Victoria’s Secret Contract Angel. Alessandra has been the face of many notable brands including GUESS, Revlon, Christian Dior, Giorgio Armani, Armani Exchange, Rolex, Oscar de la Renta, Gucci, Escada, Calvin Klein, and Ralph Lauren. 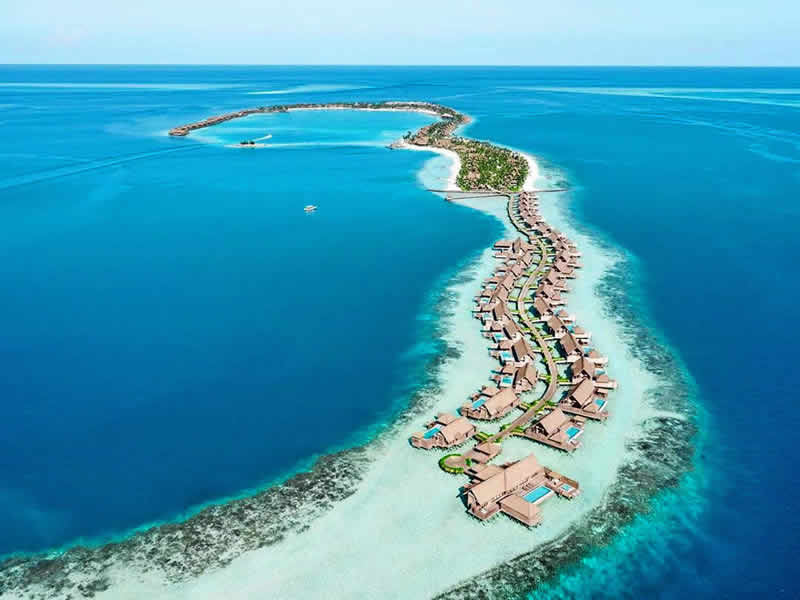 Waldorf Astoria Maldives Ithaafushi is an exclusive 5-star resort that's bringing a “next level” to the luxury holiday experience in the Maldives. Opened July 1st 2019, the 5-star resort raises the bar in modern luxury travel catering to the individual needs of its discerning guests.

Spanning across three islands in the South Male Atoll, the breathtaking new resort is surrounded by a crystal clear water lagoon, which will play home to spectacular underwater life. Meaning “Pearl” in Dhivehi the resort will offer global travellers 138 luxuriously appointed villas in an inspirational setting, complemented by the iconic True Waldorf Service experience. Additionally, the resort will feature 10 truly unique dining experiences, including an unforgettable treetop restaurant boasting stunning views. An exclusive yet serene Spa and Wellness Centre, a wide array of water sports as well as extensive facilities for junior guests will also feature within the new Waldorf Astoria Maldives. Read Full Review...