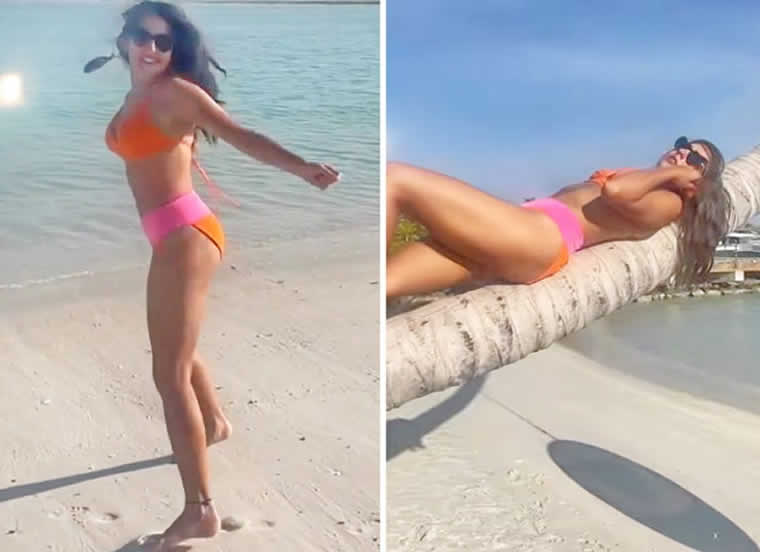 Bollywood actress Sara Ali Khan has a sizable fan base on social media. The actress recently shared photos from her Maldives vacation on her Instagram account. In this video, we witness her enjoying a great time in the Island country with her best pals.

From enjoying some downtime on a hammock to spending time in bikinis by the pool and beaches and with her besties, her video is filled with beautiful memories. The caption on the post read, “Missing this wind in my hair Sunkissed face, messy hair. So here’s a glimpse I thought I’d share All day chilling- not a care, Sunrise sunset great vibes everywhere.”

Looks like the stunner Sara Ali Khan is having the best time on her vacation in the Maldives. Recently on her Instagram, the actdess dropped a few hot photos of herself while posing for the camera at Patina Maldives, Fari Islands.

On the work front, Sara Ali Khan has been filming with Vicky Kaushal in Indore for director Laxman Utekar's next project. The film, which began production in November, is set to hit theatres in 2022.

The actress was most recently seen in Dhanush and Akshay Kumar's film Atrangi Re. The film was released on the OTT platform last month.

From sarees to short skirts, and bikinis, Bollywood actresses have stunned with their amazing photos throughtout the year. So to end this year on a sizzling note, here is a list of best bikini pictures of Bollywood divas: