Barbados Provides Update on Status of Cruising and What to Expect 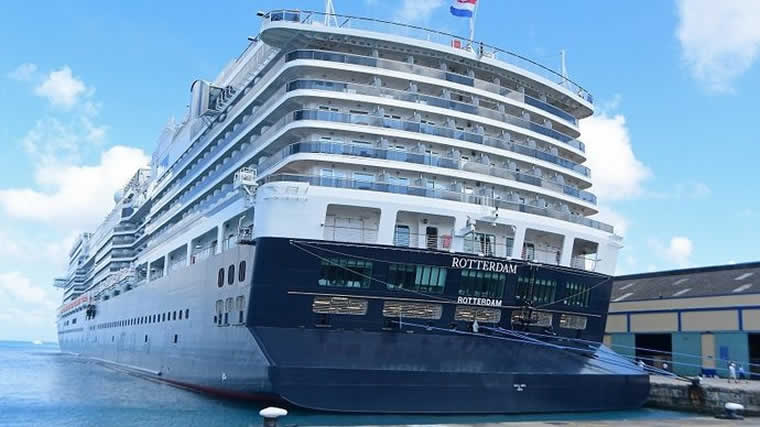 Prior to 2020, cruise tourism was a major sector in Barbados’ overall tourism industry and now the island nation is getting back on track for many cruise ship arrivals this winter season.

Broomes says that 2019 was another record cruise tourism year with 858,828 cruise passengers, both for transit (port of call visitors) and home porting (embarkation) arrivals; that was a 3 percent increase from 2018.

“Of course, we pretty much had a non-existent cruise season last year due to all global travel restrictions, but so far, cruise bookings for the upcoming winter cruise season are very promising,” Broomes notes. “Even with ships sailing at reduced capacity, expected cruise arrivals are still significan

The first cruise ship returned to the island on June 7, 2021, as Celebrity Cruises' Celebrity Millennium made a transit call with almost 700 passengers and was welcomed by top tourism officials. “Everyone was super excited and very happy to see cruise passengers visiting the island again,” she said, adding that “there is so much that we have learned since cruising resumed.”

Broomes says the island was able to put its protocols to the test and “so far all is going well,” which is also a “positive indicator that the extensive efforts dedicated to crafting the protocols really paid off.”

In addition, the Port of Bridgetown is upgrading the homeport terminal with enhanced aesthetics and have implemented improved passenger flow and safety in line with established COVID-19 protocols.

While a standard PCR test is still required for travelers to enter Barbados, those coming to embark a cruise at the Port of Bridgetown now are permitted to arrive with either a standard or rapid PCR test.

Bottom line? Even if travelers are arriving by air flights, if they’re heading to embark their ship in Barbados, they are considered “sea arrivals.” So, in that case, the rapid PCR test is acceptable.

Broomes suggest travelers check out official Barbados’ travel requirements/protocols pertaining to cruisers. That's available at www.visitbarbados.org. These guidelines also give information about “transit” arrivals, a term used to describe cruisers visiting the island on a port of call visit by a cruise ship. Those cruisers are permitted to disembark and purchase:

That said, fully vaccinated guests arriving into Barbados on a port call visit with a negative COVID-19 antigen test taken within three days of arrival will be permitted free shore leave. So, if the ship provides that test prior to arrival in Barbados, guests with proof of a negative result can head out independently upon arrival.

Broomes says most major attractions on the island have reopened, and new restaurants are now open too. “Being the culinary capital of the Caribbean, food is always on our mind and this can be seen with numerous new restaurant openings,” she says, citing Cosmo Club, Outpost at 111 East, Wafel Haus Café, QP Bistro (formerly the Cliff Beach Club) and Local and Co.; the latter uses all local produce for their menu items.”

She also reports that Quattro Passi, formerly the Cliff Restaurant, is expected to open by February 2022. Other restaurants are continuing to revamp menus and dining options. “For example, the popular Cocktail Kitchen has recently launched an amazing brunch menu on Sundays,” Broomes notes.

On the hotel side, for cruisers seeking a pre- or post-cruise stay, the O2 Beach Club & Spa opened this fall; it’s a new, five-star, all-inclusive luxury boutique hotel located in Dover on Barbados’ south coast. With 130 luxurious rooms and suites in three distinct “Collections” (Club, Luxury and Concierge), it also offers three pools including one of the island’s only rooftop pools. This new property also has six dining experiences, seven bars, a 5,600-square foot, full-service spa; fitness center and teen lounge.