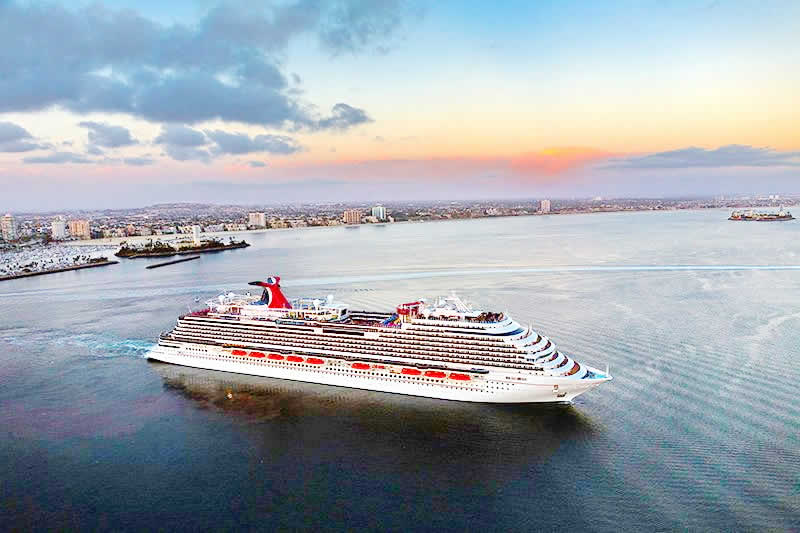 With the Carnival Panorama departing on a week-long cruise from Long Beach on August 21, Carnival Cruise Line became the first cruise operator to resume sailing from California since the industry-wide shutdown in operations 17 months ago.

As part of the celebrations, a “#BackToFun” event was held in the cruise terminal during which Carnival President Christine Duffy and Carnival Panorama Captain Luca Lazzarino cut the ribbon to officially welcome guests back on board.

Carnival has three ships operating three- to 15-day cruises to Mexico and Hawaii from the Port of Long Beach’s historic cruise terminal. In addition to Carnival Panorama’s seven-day cruises, Carnival Miracle will resume the line’s popular short cruise program starting in September while the totally transformed Carnival Radiance, fresh from a $200 million dry dock, will make its debut from Southern California later this year.

Carnival Panorama debuted in December 2019 from Long Beach and is the newest cruise ship on the West Coast, offering a range of amenities, including the first Sky Zone trampoline park at sea, a massive WaterWorks aqua park, the Carnival Kitchen culinary experience, the SkyRide aerial attraction and a luxurious Cloud 9 Spa, among others.

This is part of Carnival Cruise Line's plans to have its entire fleet returning to service by the end of 2021. It has previously resumed service from Florida ports, Galveston, TX and Seattle, WA.