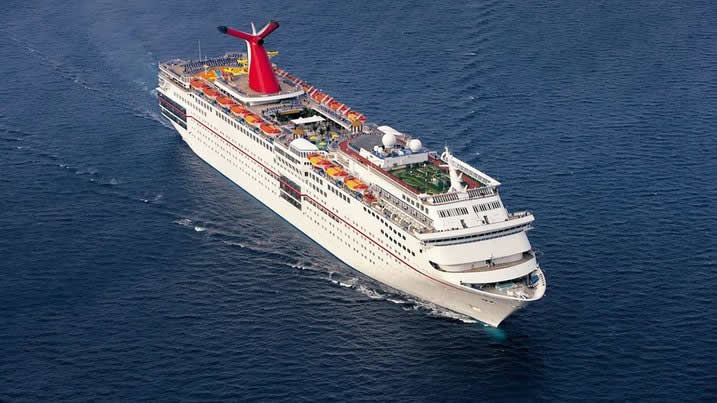 In major fleet deployment news, Carnival Cruise Line announced late Thursday that Carnival Ecstasy and Carnival Sensation will leave the fleet. In addition, the line is now pulling two ships, Carnival Splendor and Carnival Spirit, from the South Pacific as it adjusts for what it called “the continued uncertainty of cruising in Australia.”

Both ships leaving the fleet are older, Fantasy-class ships. Carnival Ecstasy began service in 1991; Carnival Sensation in 1993. No announcement has yet been made about where they’ll end up—whether sold to another firm or sent to the scrapyard. Historically, though, Carnival has been scrapping those vessels. In 2020, for example, four Fantasy-class vessels built between 1990 and 1996 were scrapped. They included Carnival Fantasy, Carnival Fascination, Carnival Imagination and Carnival Inspiration.

As older ships are leaving the fleet, Carnival is welcoming new LNG-powered, Excel-class ships. The first, Mardi Gras, joined the fleet in fall 2021, and another two Excel-class ships will arrive soon. Carnival Celebration will begin service later this year, and Carnival Jubilee next year. In addition, last summer, parent Carnival Corporation said it planned to transfer the Costa Magica, a ship previously sailing for Carnival's sister brand, Costa Cruises, into the Carnival fleet by mid-2022. A major refurbishment and rebranding will occur prior to that ship beginning operations for Carnival.

"Our guests have remained passionate and supportive throughout the restart and 2022 gives us plenty of reasons for enthusiasm and excitement as we reach full operations in the U.S., prepare for our 50th birthday celebration, and await the arrival of Carnival Celebration this fall,” said Christine Duffy, president of Carnival Cruise Line. She added that having loyal guests, a “vibrant homeport strategy” and a fleet of popular ships are other advantages as the line adapts to changing opportunities and circumstances..

The most substantive changes that impact North American operations are at Jacksonville and Mobile.

But now, the updated fleet deployment changes are as follows:

Jacksonville: As previously announced, for departures from March 7 through April 9, 2022, Carnival Spirit will replace Carnival Ecstasy in Jacksonville. While that will happen, the next two cruises are being canceled.

Then, a new ship will be assigned from the Carnival fleet to Jacksonville for the Carnival Ecstasy itineraries, effective April 23, 2022. The line said that announcement will be made shortly.

Mobile: Carnival Ecstasy will reposition to Mobile for departures from March 5 through October 10, 2022. Cruises from Mobile that were planned for Carnival Sensation from October 15, 2022, through September 30, 2023 have been canceled.

Carnival said that it will announce a new operating plan for Mobile cruises “at a later date.”

Previously, the line had indicated that Carnival Spirit would be leaving the market, given uncertainties with operations there given the pandemic. This is the first time the line has said that it will also pull Carnival Splendor.

“Details for a two-ship return to Australia will be announced when they are confirmed,” said Carnival’s statement.