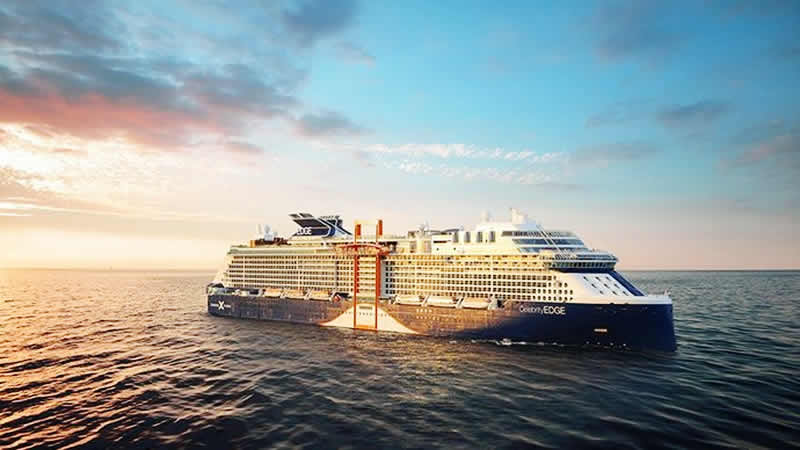 Celebrity Cruises has unveiled a new look and feel for its brand, and is undertaking a major new marketing effort worldwide.

Set to a remix of Louis Armstrong's "It's a Wonderful World," the new TV spot opens with the question: "How many precious moments have we missed?" It then showcases a cruise with people and places at the heart of the story—and supported by industry leading health and safety measures.

For travel advisors, the new campaign has the potential of bringing more business in the door—as it poses the question, "Isn't it time?" With the health and safety measures that the line has initiated, "we think it is," says Lisa Lutoff-Perlo, the line's president and CEO.

"It is time to see the world and each other, again, on one of the safest vacations possible," she adds. The national TV spots began running earlier this month, and they're part of a wider brand initiative aimed at drawing attention to the need for greater diversity in the way the travel industry markets to consumers.

Celebrity Cruises’ Celebrity Edge became the first big ship to restart cruising from a U.S. port (Fort Lauderdale) in June. The line has since returned other ships to service, and now Celebrity is seeking to entice consumers to reawaken their wanderlust and reconnect with the people and the world around them.

In a press statement about the new campaign, Lutoff-Perlo said, "It took enduring a pandemic, where we were literally cut off from each other and the world, to recognize how powerful and meaningful travel is in our lives. It's not just a vacation. Travel is a journey—where our hearts and minds are filled with new people, new experiences, new realizations about ourselves and the world around us. And, as the first cruise line back in service in North America, we saw an opportunity to not just re-emerge, but reframe the Celebrity Cruise experience through this lens."

Michael Scheiner, senior vice president and chief marketing officer at Celebrity Cruises, said that the campaign tears up every cliche and stereotype that exists about cruising, and this is just the beginning of this type of work for the brand.

We asked travel advisors what they though about the new marketing. Here's what they said:

"I usually fast forward through ads but the music immediately captivated me," says Vicky Garcia, COO and co-owner, Cruise Planners, adding that the imagery enhanced it and truly gave me chills. It did what a commercial is supposed to do—[make people] stop and watch. It’s magical and should bring attention to cruising on Celebrity Cruises."

Christy Scannell, travel designer and owner, Dream Vacations in San Diego, CA, says the new commercial "made me misty the first time I saw it." Given its sweet music and images, she says she still gets chills when she sees it. Bottom line? "The ad creates a palpable emotion that will resonate with travelers," she believes.

A major brand "refresh" is in progress, and that will include many other elements including overhauling the look and feel of Celebrity Cruises' social presence, including a reset of its @CelebrityCruises Instagram account.