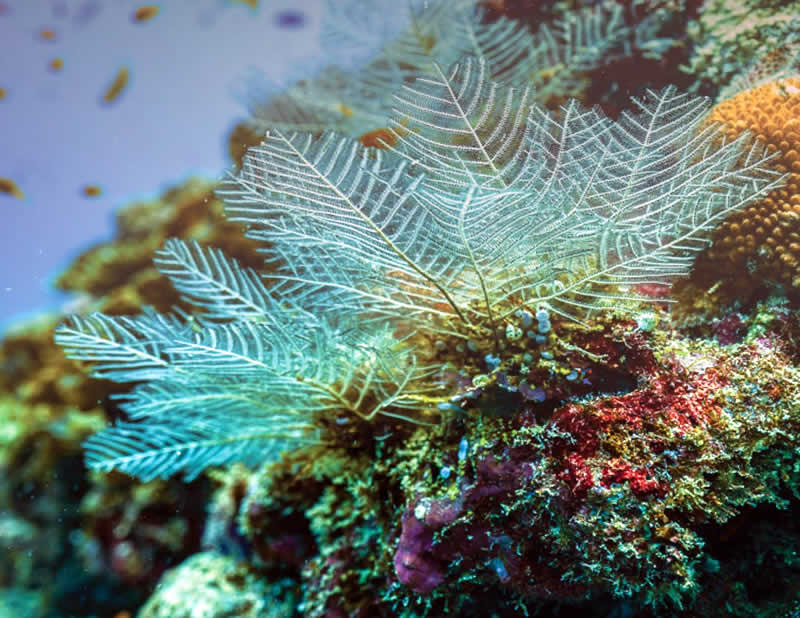 The Noo Raajje Program has released the assessment report from the 2020 Expedition, which surveyed the coral reefs and fish populations across almost all the Maldivian islands.

The most encouraging finding showed that coral reefs may be recovering after the 2016 bleaching event, caused by a prolonged spike in ocean temperatures during the summer season.

The Noo Raajje scientists write that the apparent recovery in the amount of coral may be due in part to the high levels of recruitment recorded at the sites surveyed (an average of over 14 individual new corals, or ‘recruits’, per square meter), and was likely helped by high numbers of herbivore fish found.

Sites were classified as inhabited, resort, or uninhabited, and were surveyed across multiple indicators that can help scientists understand the overall health of a reef and its many important species. The indicators surveyed were;

- the abundance of juvenile corals;

- reef rugosity (shape and area of the reef that provides habitat and resilience);

- the abundance and diversity of benthic macroinvertebrates (clams, sea cucumbers, and others);

The results of the assessment suggest that overall, Maldivian reefs have the capacity to recover following warming events, but local stressors may impact reef health at the local scale.

Although the results of the study are a cause for optimism, the scientists point out that prior to the 2016 bleaching, Maldives coral coverage was some 40%, suggesting that the recovery of the country’s coral reefs has a long way to go.

The fish survey data showed a high density of small-bodied plankton eating fish, , a moderate density of large herbivorous reef fish, like parrotfish, but only low densities of top predators and sharks. Large top predators like sharks and rays can indicate very high reef health, as well as bring in value to communities through tourism.

In March of 2021, the Noo Raajje Program completed a survey of the southern Maldives to finish the archipelago-wide assessment. A separate report will be complied based on that expedition’s results.

To read the assessment in full, click here: www.nooraajje.org/coral-reef-assessment

The Ultimate Guide to Diving in Maldives

Scuba diving in the Maldives means diving at one of the worlds best scuba diving destinations, because of the white sand beaches, coral reefs, clear warm waters, dive sites and a thriving and vibrant marine life. Explore excellent dive sites and a collection of underwater gardens. They're abundant with extensive coral reefs and magnificent fish life. It's common to see sharks, turtles, manta rays, whale sharks and a kaleidoscopic range of tropical sea creatures. Read more