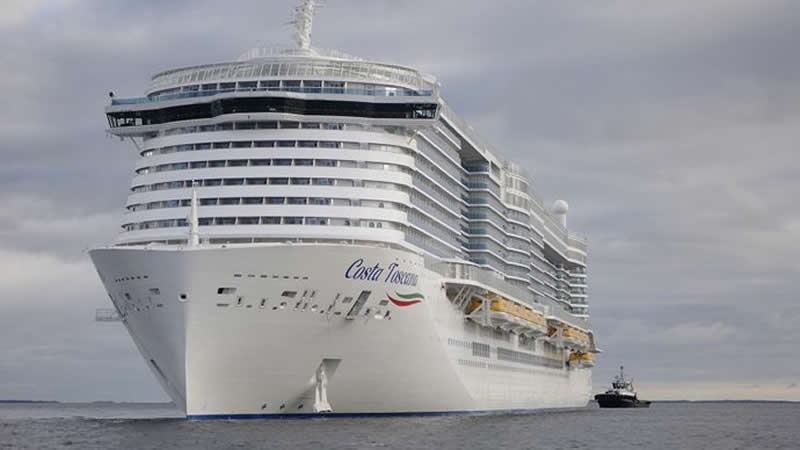 The Costa Group, which includes the Costa Cruises and AIDA Cruises brands, has two LNG-powered ships, AIDAnovaand Costa Smeralda, already in service, with Costa Toscana and AIDACosma set to join the fleet soon.

Costa Toscana's first cruise will depart from Savona, Italy, on March 5, 2022, with a week-long itinerary visiting Marseille, Barcelona, Valencia, Palermo and Civitavecchia/Rome. Following its debut, the new flagship will remain deployed in the Western Mediterranean throughout the year. During the summer season, the ship will call at Savona, Civitavecchia/Rome, Naples, Ibiza, Valencia, Marseille, while during the autumn seaso, Palma de Mallorca will replace Ibiza.

In addition to being powered by LNG, the ship is said to have a series of technological innovations designed to further reduce environmental impact.

In addition, 100 percent separate waste collection and recycling of materials such as plastic, paper, glass and aluminum will be carried out on board, as part of an integrated approach aimed at implementing circular economy projects.

Designed by Adam D. Tihany, Costa's new flagship is a tribute to Tuscany, which gives its name to the ship, its decks and main public areas. The ship will have over 2,600 cabins, a Solemio Spa, 21 restaurants and themed bars.