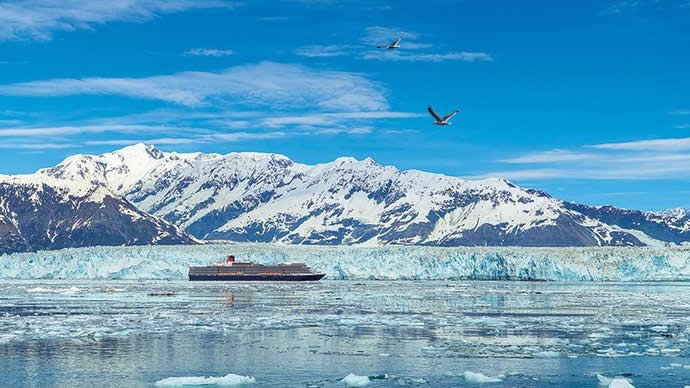 Across the new itineraries, the fleet of Queen Elizabeth, Queen Mary 2 and Queen Victoria will call at 120 ports in 35 countries, with 23 late evening departures and 15 overnight stays with voyages spanning from two nights to 37 nights.

Queen Mary 2 will sail a program of 18 transatlantic crossings, with departures from Southampton and New York. Additionally, a Mediterranean fly-cruise season from Barcelona, a series of 10-night round-trips in Alaska, an Independence Day cruise calling in Boston, a 16-night Baltics voyage with an overnight call in St Petersburg and a 14-night Canada and New England itinerary offering three days in Quebec are among the highlights.

Queen Victoria departs Southampton April 27, 2023 for “The Canary Islands” itinerary. During this 12-night voyage of Spain and Portugal, guests can explore the volcanic terrain of Tenerife’s Teide National Park and Sintra’s Moorish palaces (tours from Lisbon), besides other UNESCO World Heritage sites. Queen Victoria's “North Cape Discovery” cruise will depart Southampton on June 6, 2023. Guests on the cruise can marvel at ancient wooden houses, waterfalls and mountains reflecting in fjords.

The “Transatlantic Crossing, New England and Canada” sails round-trip from Southampton. Queen Mary 2 will operate the itinerary, departing September 22, 2023. As part of the voyage, guests will travel to New York via transatlantic crossing before embarking on an exploration of New England and Canada that includes three days in Quebec. The “Mediterranean Highlights” voyage will be operated by Queen Mary 2, which will depart Southampton on June 9, 2023. Pisa’s UNESCO World Heritage-listed leaning tower, the Sistine Chapel in Rome and the Sagrada Familia–Gaudi’s architectural legacy–are all within reach on this 14-night cruise.