Discover the Vibrant and Enchanting Marine Life at Seaside Finolhu 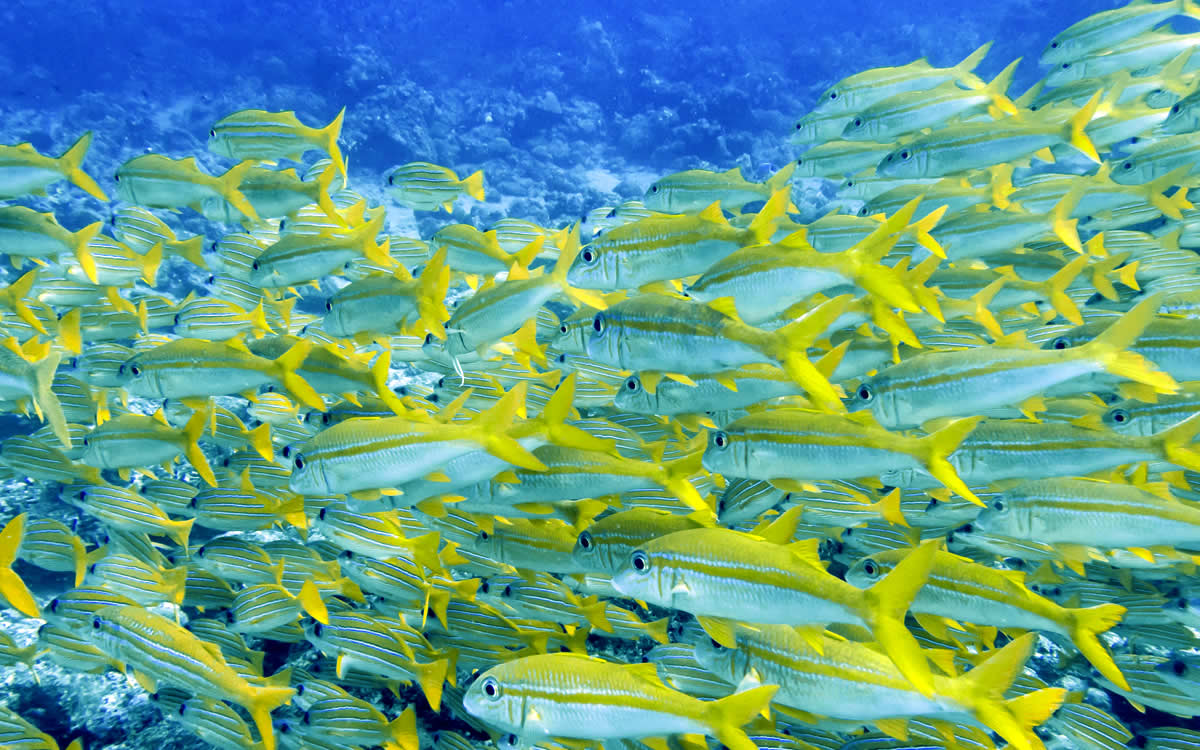 Having recently undergone extensive renovations and upgrades as part of an elaborate transition from luxury Maldives resort to proud member of the exclusive Design Hotels portfolio, Seaside Finolhu’s bold new design concept is described as a kaleidoscope of colours that are inspired by the vibrant hues of the island’s natural wonders.

While guests will find this kaleidoscope concept brought to life in splashes of colour throughout the resort when it reopens in October 2020, nowhere is the spectrum of living colour more evident than when they venture beneath the waves to explore the stunning flora and fauna of the nearby reefs.

Enjoying a prime location in Baa Atoll’s UNESCO Biosphere Reserve, Seaside Finolhu offers an idyllic base from which to explore the reserve’s sheer diversity and abundance of underwater life, some of which is found nowhere else on the planet. Under the expert guidance of the resort’s professional and highly knowledgeable dive centre team, guests at Seaside Finolhu can explore the Baa Atoll’s most enchanting sites on small group tours or private excursions that can be individually designed to optimise the guest experience through the centre’s Dive Butler. The options available to guests including diving, snorkelling and even a semi-submersible boat for those who want to stay dry. Guests can also engage in a spot of sport fishing in designated areas and under the close supervision of the dice centre team.

In addition to the vibrantly coloured corals, the reefs of the Baa Atoll teem with a wide diversity of marine life, some of which are extremely rare or even unique to the area. While the reefs are home to an array of exotic fauna, there are also some exciting visitors which come from the open ocean to breed or eat in the shallow waters of the Baa Atoll.

The green sea turtle is the most commonly sighted sea turtle in the Maldives. Although these beautiful marine reptiles spend their lives out at sea, they breathe air and lay their eggs on land. After the baby sea turtles hatch, they can frequently be found swimming in the shallow reefs and lagoons of the Baa Atoll. In addition to seagrass and algae, green turtles also enjoy the occasional jellyfish. Unfortunately, they have been known to die after ingesting discarded plastic bags which can look just like jellyfish drifting in the water. As an endangered species, sea turtles are protected in the Maldives where their friendly and curious nature make them a favourite among tourists and locals alike.

Another very popular visitor from the deep ocean is the white-spotted eagle ray, which comes to the shallow waters of the Baa Atoll in large schools to feed on invertebrates such as clams, shrimps, oysters, and worms. Growing up to 3 meters in wingspan and 5 meters in tail-length, these ocean giants can often be seen cruising close to the surface making them easy to spot even from a boat. One of the most spectacular sights in the Maldives is when these majestic creatures remove parasites by breaching and then slapping down on the surface. Under the water, they are graceful and fast swimmers. Although white-spotted eagle rays have a defensive venomous barb at the base of the tail, they pose no danger to divers or snorkelers as they are quite shy and easily frightened.

In addition to these visiting ocean giants, there are also a few large creatures that call the Baa Atoll home. Named for their distinctive black fin tips, the blacktip reef shark spends much of its life in and around the reefs feeding on smaller reef fish. They can grow up to 1.8 meters in length but pose no danger to humans. Juveniles can often be seen using the Baa Atoll’s shallow lagoons as a nursery ground before venturing out into deeper waters.

The most common of the 40 species of eels in the Maldives is the giant moray eel. Growing up to 2.4 metres in length, only their black-spotted heads are generally visible poking out of rocky coves from where they ambush shrimps, fish, octopus, and even smaller eels. Although generally shy and peaceful creatures, they will use their extremely sharp teeth to bite if they are provoked.

One of the most colourful inhabitants of the Baa Atoll reefs is the Clark’s anemonefish. Closely related to the clown fish and with similar colouration, these small fish get their name from the anemones in which they make their home. The stinging tentacles of the brightly coloured anemones provide protection for their small lodgers as part of a symbiotic relationship that also benefits the anemone. Clark’s anemonefish can grow up to 14cm and their markings depend on the type of anemone in which they make their home.

One of the more elusive occupants of the Baa Atoll reefs is the peacock mantis shrimp. Although they can grow up to 18cm in length, they can be difficult to spot as they make their home between the rocks and will only leave to hunt for clams and oysters in the surrounding area before quickly returning to their burrows. As they scurry over the reef tops, however, they are easily distinguished by their bright green colour and curious, high stalked eyes.

“Most of these beautiful animals can be seen year round while snorkelling and diving at Finolhu,” explained Dive Butler Finolhu’s Senior Diving Instructor, Tom Zimmer. “However, we are world famous for manta rays roughly between the months of May and October.” Anyone interested in seeing these unique megafauna in large numbers should therefore plan their trip for this time although the sheer diversity and abundance of marine life in the Baa Atoll’s UNESCO Biosphere Reserve means there’s never a bad time to visit. As Zimmer adds, “Whenever you come, you’re sure to enjoy your diving experience here at Finolhu with our expert team of instructors and the five-star luxury service.” 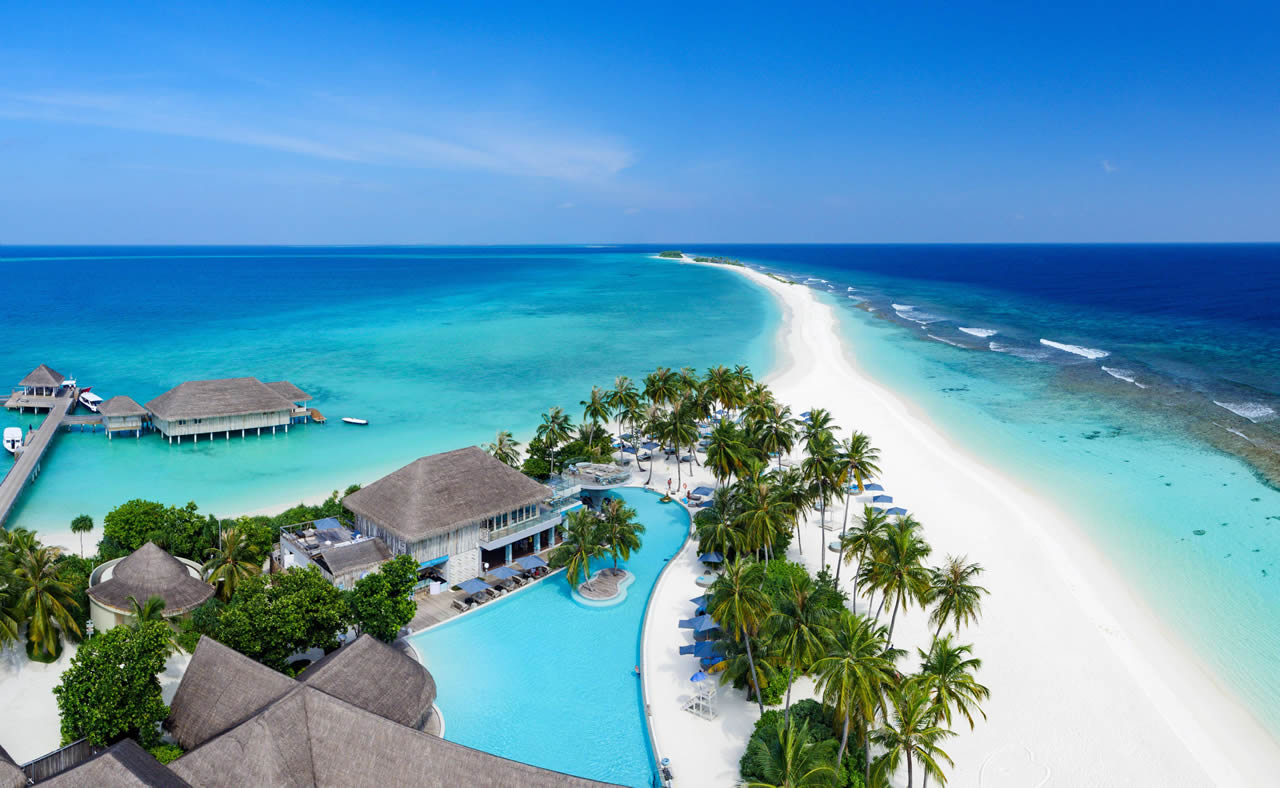 Located in the UNESCO world biosphere of Baa Atoll, Finolhu came about as a reaction to the more familiar Maldives island. One of the newest resorts in the Maldives, Finolhu was born out of a desire to bring a fresh wave to the uninhabited island experience. Forget the images of the quiet Maldives paradise: here, fiery dancers, acrobats, world-famous DJs and top-class barmen keep the guests on tiptoe (starting from their bed). The retro atmosphere is the resort's main inspiring force that puts a fun stay at the heart of everything it offers. This cool island playground shakes things up with a fun and fresh spin on Maldivian luxury. The island boasts the longest (1.8 km) sandbank of all the famous Maldivian resort islands - expect to spend a lot of time explorering it. A long beach should not disappoint you either; beach club with retro cinema and old-school arcade; spa with fitness centre and beach gym; tennis courts; watersports; four restaurants; old-school tuck shop. In rooms: TV, iPod dock, DVD player, desk, air-conditioning, minibar, black-out curtain, Neal's Yard Remedies bath products. Read Full Review...