The Norwegian Prima Debuts Entertainment and Onboard Experiences 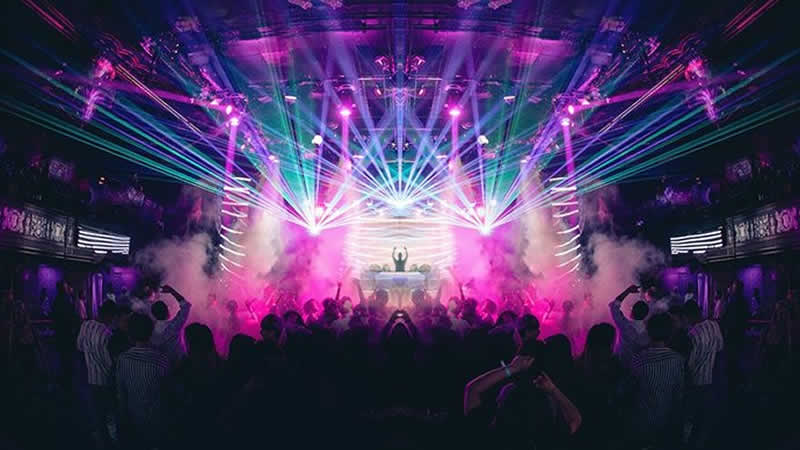 From the production team that brought “Jersey Boys” on Norwegian Blisscomes “Summer: The Donna Summer Musical.” This is the story of Donna Summer’s rise from young starlet to the Queen of Disco featuring a score of more than 20 of Summer’s hits and will last for 75 minutes. The entertainment lineup also includes “Light Balance Universe,” featuring the dance crew Light Balance.

Norwegian Prima also has a transformational theater and nightclub. The three-story venue, designed to convert the space from a performance stage to a dance floor, will have a customizable seating layout and moving LED screen that lowers from the ceiling and is nearly half the size of the venue. The nightclub’s Sensoria theme offers guests an "out-of-body" experience where they can enjoy high-energy music and special effects.

Norwegian Prima will also roll out its interactive LIVE on NCL game show experiences that allows the audience to be part of the show and have an opportunity to win prizes. Guests can participate in several game shows, including “The Price is Right,” “Supermarket Sweep,” “Press Your Luck” and “Beat the Clock.”

The vessel also offers the largest three-level racetrack, the Prima Speedway. With a longer straightaway and a racetrack of more than a quarter-mile in length and 22 percent larger than the current racetrack on Norwegian Encore, the speedway will now go around and through the funnel of the ship and has 14 turns where 15 drivers can simultaneously race on the open ocean, reaching speeds of more than 30 mph. Racers can unwind at the new Prima Speedway Bar located beneath the racetrack. 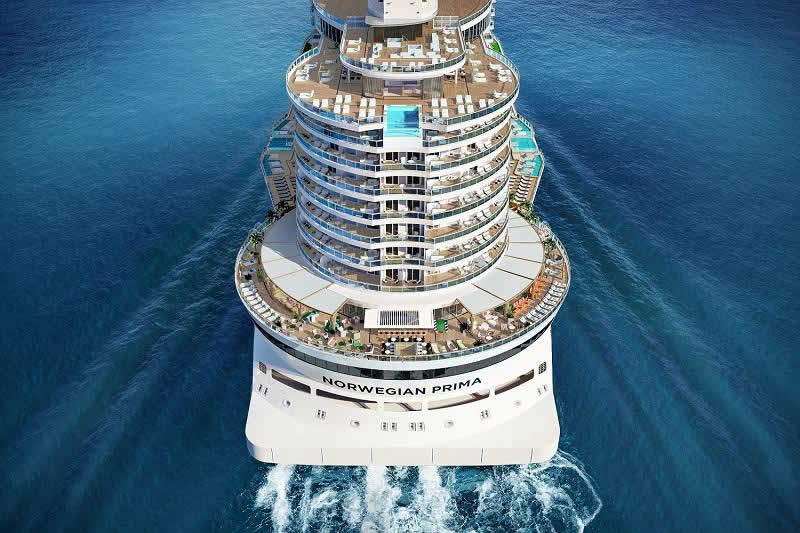 Norwegian Prima also offers "The Drop," a freefall dry slide where users will experience a 10-story plunge reaching high G-forces; more Gs than an accelerating F1 racecar. The experience takes a competitive turn with "The Rush," featuring dueling dry slides where guests can race each other.

Norwegian Prima will debut additional activities for guests, including The Bull’s Eye, with a twist on the classic game of darts featuring a video tracking system that automatically calculates each guest’s score and offers instant game replays. NCL will also introduce Tee Time, where guests can enjoy nine interactive holes set amid a Vegas-style backdrop and win prizes.

The ship will also debut NCL’s Tidal Wave waterslide. In addition, Vibe Beach Club, NCL’s adult-only area returns on Norwegian Prima and includes a bar and two infinity hot tubs. Syd Norman’s Pour House, the onboard rock club makes its Rockstar comeback on Norwegian Prima after the concept debuted on Norwegian Breakaway in 2018. The venue features a house band. The Improv at Sea comedy club will showcase standup performances against a “Science of Comedy” theme.

After Norwegian Prima concludes its inaugural year sailing bucket-list itineraries as the industry’s newest ship, it will be the only vessel during the winter 2023 and 2024 season offering week-long voyages to the Western Caribbean out of Galveston, Texas, with every itinerary visiting four ports. Ports of call include Costa Maya and Cozumel, Mexico; Harvest Caye, the Caribbean’s island destination in Belize and exclusive to guests of NCL; and Roatan Island, Honduras. All visits will feature between eight and nine in-port hours.

With voyages beginning in summer 2022, Norwegian Prima will be 965 feet long and weigh over 142,000 gross tons. The vessel will be able to accommodate 3,215 guests at double occupancy. For more details, visit www.ncl.com