In this unique role, Ms. Sarandon will star in a global brand campaign that will portray the transformative power of travel, connecting Fairmont's history and majestic hotels with modern sensibilities and the dreams of a new generation of travelers. The campaign is expected to be revealed in key markets around the world in Spring 2020.

"Fairmont and Susan Sarandon share a spirit of adventure, a passion for thinking globally and acting locally, and a history of turning words into action," said Sharon Cohen, Vice President, Fairmont Hotels & Resorts. "We chose Susan to represent the essence of Fairmont - representing a strength of character and timeless sophistication."

The collaboration between Ms. Sarandon and the Fairmont brand will focus on their shared values. Both Fairmont and Ms. Sarandon are dedicated to professional excellence and award-winning acheivement. With Oscar, BAFTA, and SAG awards, along with a filmography of over 100 films, Susan Sarandon continues to inspire audiences with new work, including roles in The Meddler, The Jesus Rolls and Ray Donovan.

"It is a privilege to work with Fairmont, a company for whose values I have great respect and whose extraordinary hotels are a joy to experience," said Ms. Sarandon. "Together we hope to convey a sense of life as a grand journey that we hope will be meaningful and inspiring to guests and fans of Fairmont around the world."

Similarly, Ms. Sarandon is known among her industry as a trailblazer who leads with her heart. From her early work in the cult classic film, Thelma & Louise, to her recent performance as the face of Roger Vivier's autumn/winter 2019 campaign, and starring in the 2016 music video "Fire", by French electronic-pop duo Justice, Ms. Sarandon consistently portrays strong characters with independence, grace and great authenticity - qualities that Fairmont holds in high esteem.

Fairmont also shares Ms. Sarandon's commitment to environmental concerns, and her passion for exploration. Fairmont's first hotels, which can easily be described as grand castles, were born in the rugged hills of California and the majestic Canadian Rockies. The intrepid William Cornelius Van Horne chose the site of the Fairmont Banff Springs with the remark, "If we can't export the scenery, we'll import the tourists." 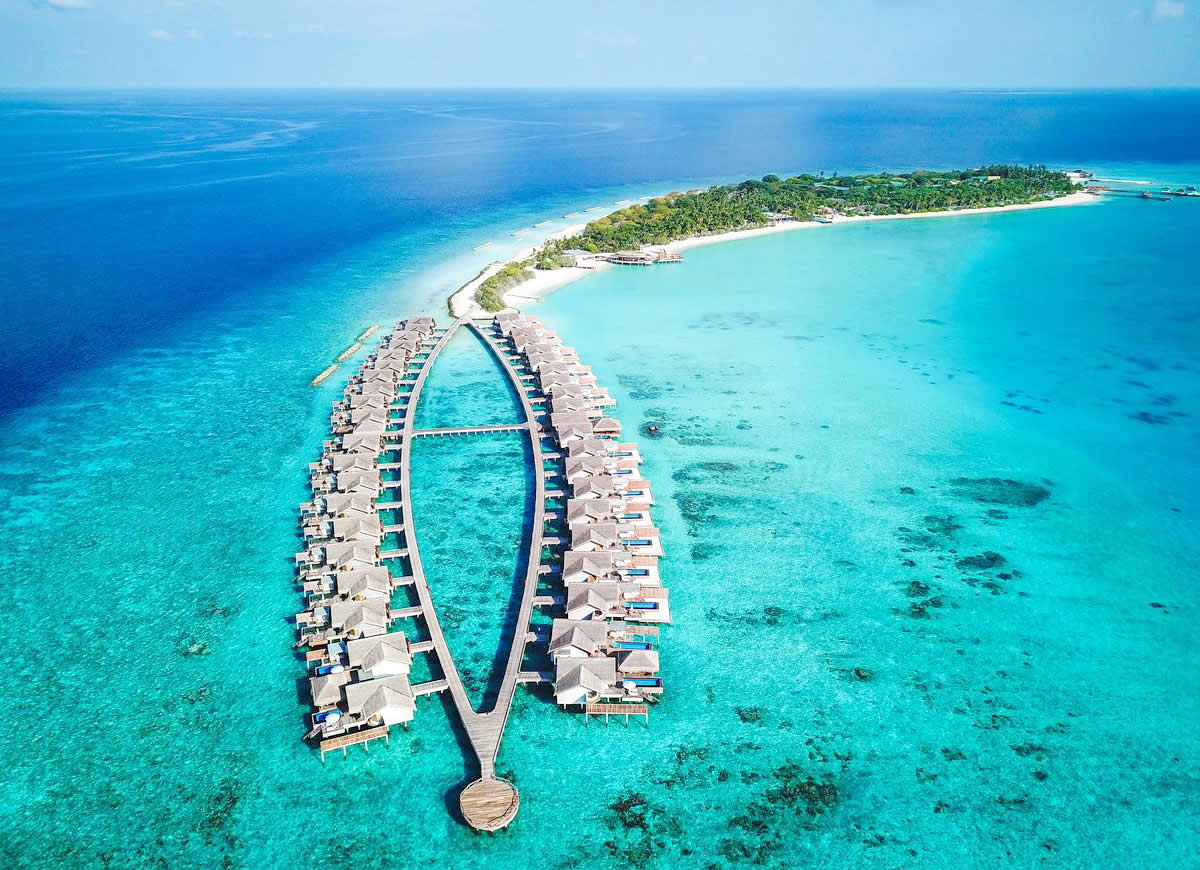 Fairmont Maldives, Sirru Fen Fushi is a new luxury resort with a delirious mix of substantial villas, large private pools and cool open spaces of the Secret Water Island. Accessible by a 50-minute scenic seaplane jorney from Male airport, the resort offers the ultimate Maldivian experience of turquoise and azure waters and fine white beaches, complemented by tranquil settings in privacy and tranquillity, your own sanctuary within a sanctuary for couples or families alike.

Set on an exceptionally lush island bursting with flora and fauna the sophisticated 5-star resort offers luxury beach and over-water accommodation overlooking an endless turquoise sea each with a private pool and butler service. The picturesque locale is also surrounded by powder with diamond white beaches and jewel-like coral reefs. The all-villa resort features one of the largest lagoons in the Maldives, a 200-metre long swimming pool which traverses the length of the island, fine dining options, dive and water sports center, reinvigorating destination spa and an intricate open-air bamboo bar. Read Full Review...