Transfers in The Maldives 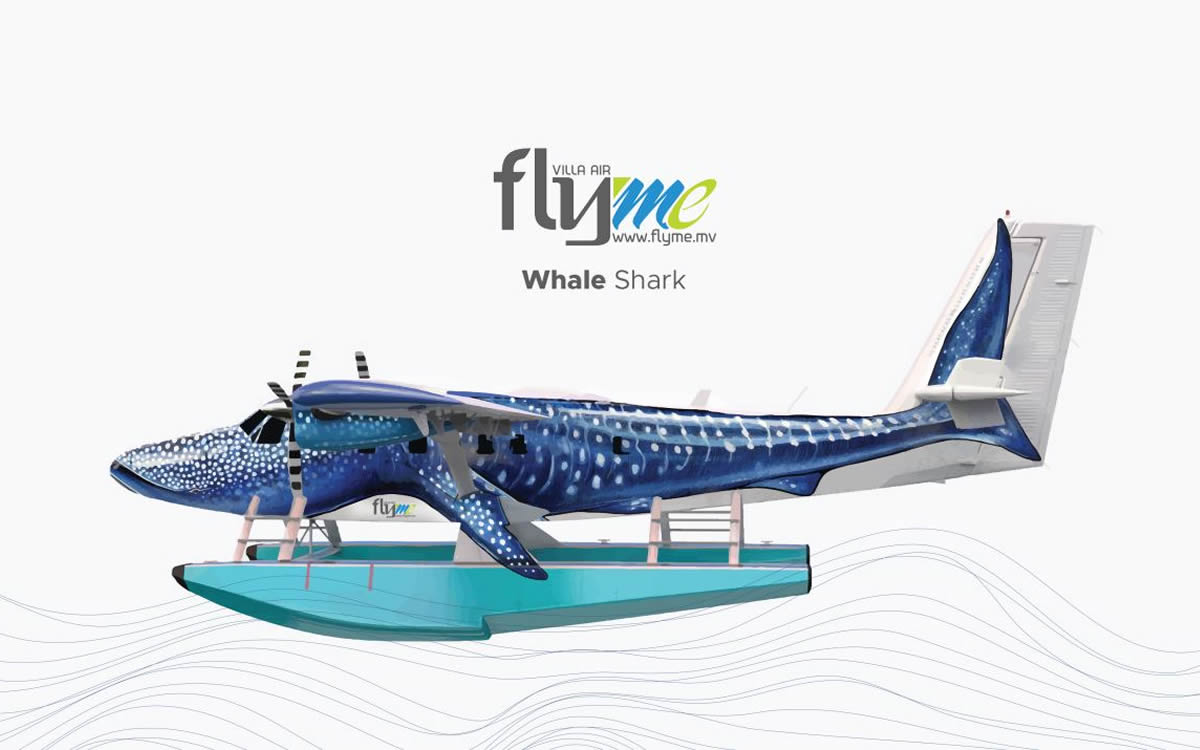 Villa Air’s Flyme has announced that the domestic airline operator will introduce a Twin Otter 300 series plane in tribute of whale shark to the Maldives seaplane industry.

One of the largest fish in the sea and a protected endangered species, whale sharks are year-round residents of the Maldives.

There are two main whale shark sightings spots in the nation. The first is the well-known and only UNESCO Biosphere Reserve in Maldives — Hanifaru Bay in Baa Atoll while the second is the marine protected area off the coast of Maamigilli island in Alif Dhaal Atoll (South Ari Atoll). Unlike the former, whale shark sightings are more common at South Ari Atoll throughout the year.

The new Twin Otter 300 Series plane’s source of inspiration for the blue and sea green color scheme comes from this protected endangered species. Similarly, Flyme will introduce three more one-of-a-kind liveries which will represent the indigenous fishes of Maldives.

The Twin Otter 300 series planes are expected to deliver to the Maldives by March 2020, in time for the seaplane operations scheduled to begin commercially after the completion of the new seaplane terminal at Velana International Airport (VIA). The new terminal will have 4 stories and can accommodate 80 docking platforms.

Flyme had earlier brought in a Cessna Caravan C208 aircraft for seaplane operations in 2014 where the charter was only used for sightseeing and excursion trips. It had to be sold in 2018 due to limitation of space in the seaplane terminal and restrictions by MACL where the domestic airline operator was unable to expand seaplane operations.

With the establishment of the new government and the plans for developing the aviation industry, Flyme intends to make a come back into the seaplane industry with the new aircraft.

How to Travel by Seaplane in Maldives

Seaplane transfer is the fastest way to reach your hotel in the Maldives. With the world's largest fleet of seaplanes, Maldivian Air Taxi and Trans Maldivian Airways (TMA) operates flights from Male International Airport to island resorts.

Maldives is home to some of the best luxury hotels in the world, and no matter what you choose for your holiday in the Maldives, your feelings will already be hypnotized, starting with a seaplane flight over a turquoise seascape with an emerald island scatter. Life is a journey and this trip will probably be the most picturesque in your life.  Read More.