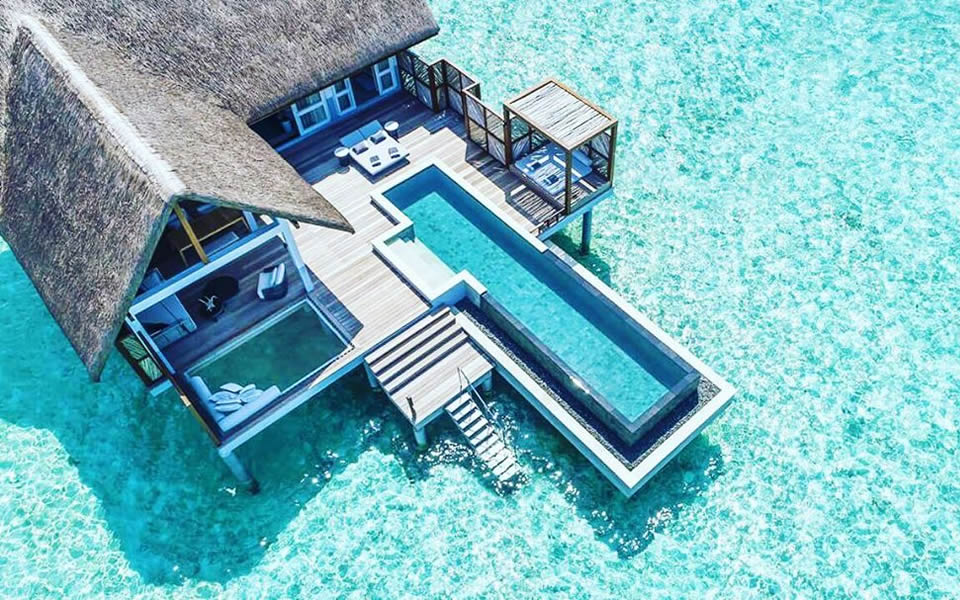 A new shaded oceanside living and dining pavilion with swing couch flanks the 12-metre (40 foot) pool, which extends into the lagoon for uninterrupted Indian Ocean views.

Pale wooden indoor floors mimic the external sun-bleached decks for a seamless inside-out connection, which combines with the elevated second floor lounge for a sense of space that extends both horizontally and vertically. Reconfigured bathrooms include sea-view bathtubs and direct deck access, while new overwater hammocks and steps directly into the blue ensure maximum connection to the sea. And what a sublime swathe of sea to be connected to!

Declared the Maldives’ first UNESCO Biosphere Reserve in 2011, the Baa atoll ecosystem is renowned as one of the most beautiful in the country, home to the world’s largest known population of manta rays, scores of whale sharks, towering thilas, exhilarating kandus, and stunning coral gardens.

In addition, the waters directly around Landaa Giraavaru are home to one of the world’s largest and most successful coral propagation projects. With its 4,000th coral frame planted in May 2019, the Reefscapers project has been working to support the existing reef since before the Resort opened, and is now even putting robots and artificial intelligence to work placing the Resort’s Marine Savers team at the pioneering forefront of global coral reef restoration.

Turtles, baby sharks, mantas and even dolphins visit the resort’s lagoon whilst the coral frames attract an ever-expanding abundance of exotic flora and fauna to within a close snorkel of each water villa deck.

“In an ever-crowded world, luxury is increasingly sought in a sense of space and an ability to enjoy an unrestricted connection with the natural world. Our new Water Villas not only offer twice more space outside than in with pools that make you feel as though you are swimming out into the ocean but also extend upwards into a sea-view loft and downwards via steps into the ocean for an enhanced sense of space and connection in all directions,” General Manager and Regional Vice President Armando Kraenzlin was quoted in a statement, as saying. 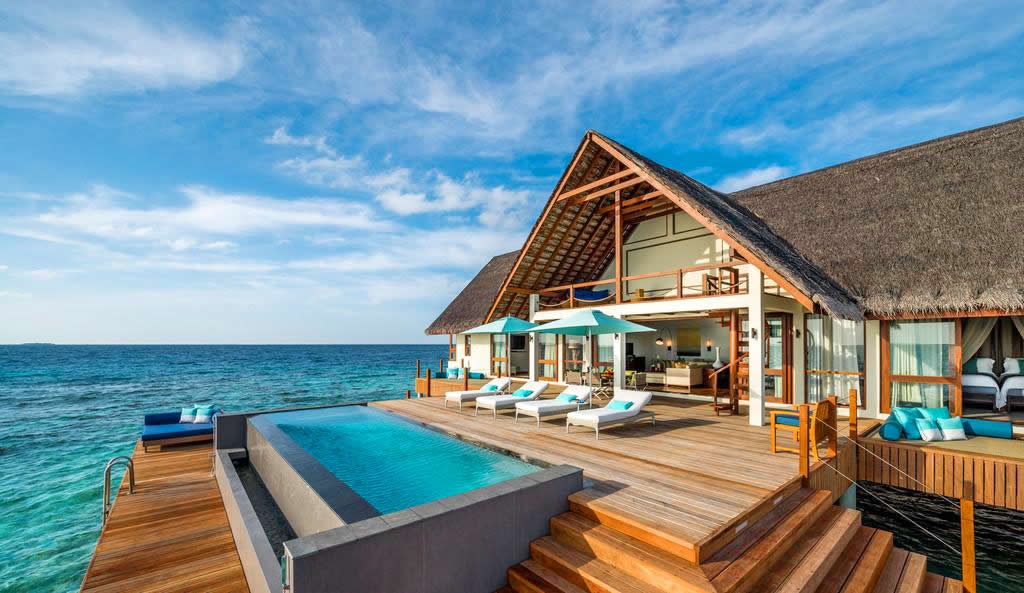 Featuring lush jungle interior and a sparkling 2-kilometre lagoon, Four Seasons Landaa Giraavaru is a sophisticated Maldives resort with fantastic facilities situated on 44 acres of unspoilt tropical island in the remote Baa Atoll UNESCO World Biosphere Reserve, just a 35-minute sea plane ride north of Male. If the cost don't bother you, you will not be disappointed in Four Seasons at Landaa Giraavaru. The combination of innovation, healthy lifestyles and environmental programs is all about the resort. A rare collection of all the best to see and do was featured and delivered by a team that has no equal in the hospitality industry. The clear waters surrounding Landaa Giraavaru are known worldwide as one of the best places for diving with whale sharks and Manta rays. The resourt leads the way in sustainable luxury living.  Read Full Review...