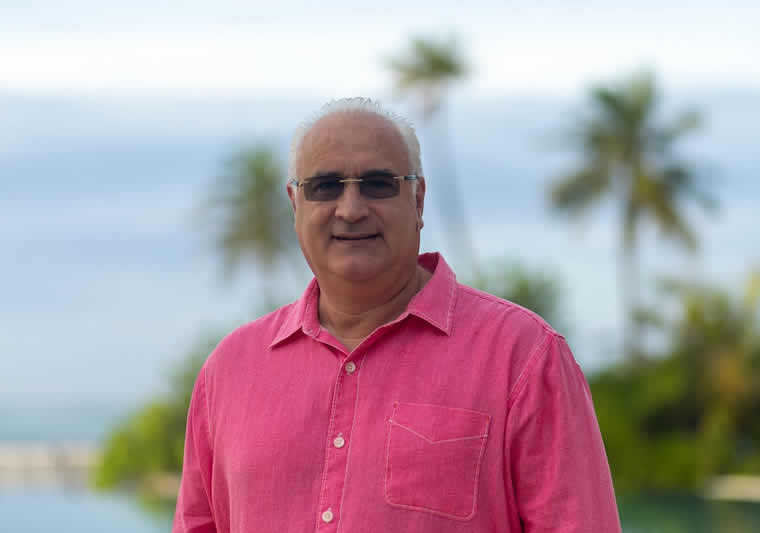 With a focus on serene island living and the charm of a Maldivian village, Four Seasons Resorts Kuda Huraa is an award winning luxury property that beckons guests with the welcoming embrace of a lagoon, flower gardens, a private spa island in a charming village setting. The luxury resort now welcomes Didier Jardin, a hospitality veteran who has been with the Four Seasons since 1994, as the resort’s new General Manager.

Born in La Ferte Bernard, France this sailor, diver and fire fighter; sky diver, adrenaline-junkie, Didier Jardin’s formative years were spent in France’s Loire Valley, a region known for its extraordinary castles and for its Sancerre and Pouilly Fume wines.

With the epiphany that a career in hospitality would afford him the chance to see the world, he commenced a two-year apprenticeship to become a fine-dining waiter, then moved to Paris to practise his craft. He spent three years studying hotel management earning a CFA Food and Beverage Diploma, from Chartres, France and a Hotel Management Diploma, Lasalle College, Montreal.

“After graduation, marriage and three cold winters, we were craving a warmer life. Somewhere with waterfalls, beaches and rainforest,” Didier recalls. His wife and he packed backpacks and a tent “as a back-up in case money ran out” – and flew to Hawaii. It was a bold move. “I applied everywhere in the islands and got offers from a Mexican restaurant on the beach and Four Seasons Resort Maui at Wailea. Looking back, I made the right choice,” he says with a smile.

Nearly three decades later, Four Seasons Resort Maldives at Kuda Huraa is Didier’s tenth Four Seasons posting. From the beaches of Santa Barbara, Bora Bora, Mauritius and Hualalai to the cityscapes of New York, Cairo and Chicago – the birthplace of his twin daughters – he is well on his way to achieving his goal of working for Four Seasons in every region where the brand operates.

People are key to Didier’s definition of success. “Success is built upon the happiness of your employees: if you get that right, everything else will follow,” he states emphatically. As opening General Manager of the architectural marvel of Four Seasons Hotel Kuwait, he travelled through 15 further countries hiring the right team. His belief? “You can build anything from scratch but you can’t create soul: that has to come from the people you hire.”

Talking of soul: “I came from a small village of just 200 people: Kuda Huraa reminds me of that,” he says of his island home. “That genuine sense of unity and togetherness, of coming home, of people doing things because it’s life, not work. It’s a place to share memories and stories. Life is very different when everyone lives and works on site: our team is like a family, and guests become extended family who come to visit. Here, you’re at home when you’re at work and at work when you’re home. The sense of connection is magnified – that’s what gives Kuda Huraa its soul.”

Connection underpins Didier’s leadership ethos – as does his passion for “giving back and giving opportunities.” Having started in the industry as an apprentice himself, Four Seasons Resorts Maldives Apprenticeship program is of particular interest to him, while his open-door policy further supports his desire to be seen as just one of the team. “We’re all born the same way and all have a job to do,” he concludes. “I am firm, fair and flexible but most of all I strive to have fun. There’s no bigger motivator than a positive working environment.”