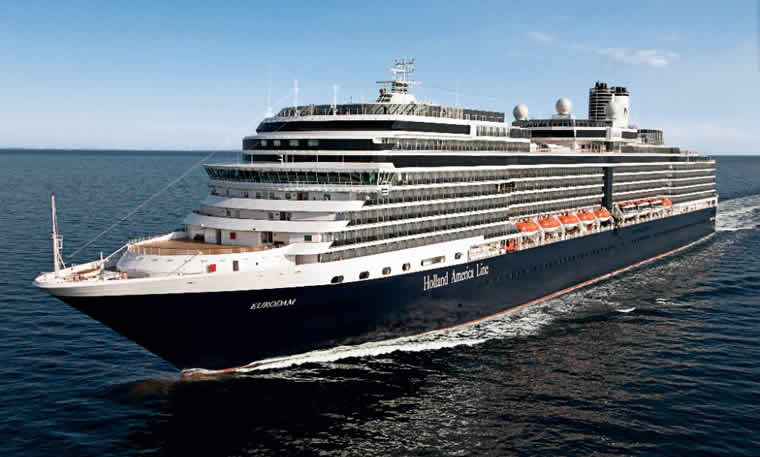 Two new cruises conclude the Alaska season and reposition the ship in Australia from North America. The line has added a seven-day Alaska cruise roundtrip from Seattle, Washington, departing September 25, extending Westerdam’s season by a week. The ship will then spend 36 days among the isles of the South Pacific en route to Australia’s southern and eastern regions, and the North and South islands of New Zealand. The cruise departs Seattle October 2 and arrives at Sydney November 8. Along the way, the ship makes 14 calls on the islands of Hawaii, Samoa, Fiji, Vanuatu, New Caledonia and Papua New Guinea, and finishes with three Australia visits.

In January, the ship will sail from Sydney to Singapore to reposition for a dry dock. The 16-day voyage starts January 3. Ports include Newcastle, Airlie Beach, Cairns and Darwin, Australia; Komodo Island; Lembar and Benoa, both in Indonesia. Two days of scenic cruising in Australia’s Great Barrier Reef is a highlight of this trip.

The 13-day Singapore roundtrip voyage begins February 14. Ports include Tanjung Priok (Jakarta), Probolinggo, Surabaya and Semarang (Borobudur), on Java, in Indonesia; Komodo Island; Benoa and Celukan on Bali; and an overnight at Singapore.

The Australia and New Zealand cruise can be booked with the “Have it All” package, inclusive of double occupancy for the 13-day sailing. It offers one shore excursion, a “Signature Beverage Package,” one night specialty dining and a “Wi-Fi Surf Package.” Cruise-only standard fares start at a lesser rate and exclude taxes, fees and port expenses.