MSC Cruises Will Call NYC Home Next Year With Cruises 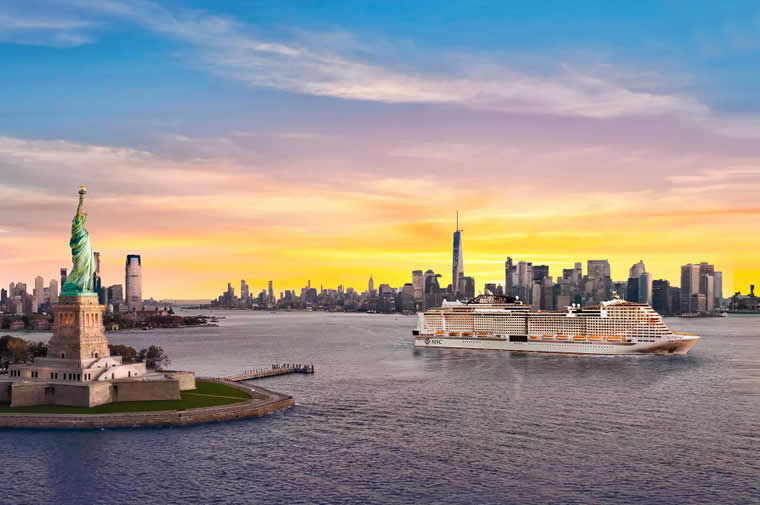 For the first time, MSC Cruises will sail year-round from New York City, starting in April 2023. Voyages of six to 11 nights will be operated by the MSC Meraviglia, which will homeport at the Brooklyn Cruise Terminal. This modern vessel can accommodate up to 5,700 guests.

This step is a significant milestone for MSC Cruises, as it's the first time one of the cruise line's ships will homeport anywhere in the northeastern United States year-round. The new voyages are in addition to MSC Cruises' other U.S. sailings, departing from either PortMiami or Port Canaveral in Florida.

From New York, MSC Meraviglia will sail to the Bahamas/Caribbean, Bermuda, New England and Canada. Bookings are open for sale starting Wednesday, March 9.

“New York City was the natural choice when we picked our next U.S. port because it’s so accessible, whether the guest is coming from somewhere nearby or from around the world," says Ruben Rodríguez, president, MSC Cruises USA. "We designed our mix of itineraries to take advantage of New York’s geographic flexibility, so that you can soak up the springtime sun in the Caribbean, head to Bermuda over the summer, or go north to see Canada’s natural beauty in the fall."

The line says that MSC Meraviglia was a big hit when the vessel first came to New York in 2019. "Our guests really appreciated the ship’s modern and glamorous features, as well as her state-of-the-art environmental technologies, and we are sure we’ll see strong demand when she returns," Rodriguez adds. 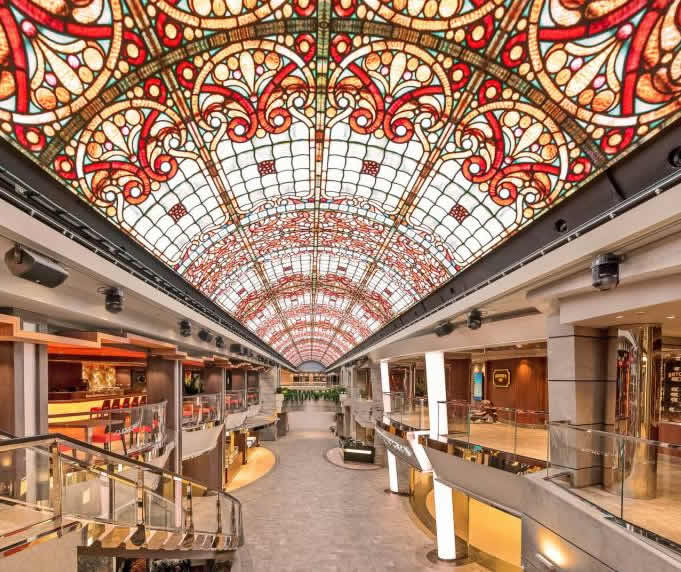 Caribbean itineraries will span either seven or eight nights, and offer port calls in Nassau and Ocean Cay MSC Marine Reserve, the line's private island experience in the Bahamas.

Northern itineraries of 10 to 11 nights will include calls at Boston, MA; Portland, ME and Newport, RI (only on the 11-night voyages), plus Charlottetown, Prince Edward Island; Halifax and Sydney, Nova Scotia; and Saint John, New Brunswick.

MSC Cruises said its entry into the Northeast is the latest example of its long-standing focus on the overall North American cruise market. It's been on a fast pace for new builds with seven innovative ships launching since 2017 including two in 2021. Two more new ships will enter service later this year.

Last year, the cruise line added Port Canaveral as a permanent homeport with a mix of three-, four- and seven-night cruises aimed at maximizing options for easy getaways just a short drive from the Orlando area’s mix of attractions. Further south, MSC Cruises says it's building a very large, highly advanced cruise terminal in North America at PortMiami. Once completed, that new terminal will be able to simultaneously accommodate three of the line's largest ships.

MSC Meraviglia is 1,034 feet in length, and has a height of 214 feet. Spanning 19 decks, it's a vacation destination in its own right. Among the highlights are:

MSC Meraviglia is fitted with innovative technology and solutions to minimize the ship's environmental footprint. These include an exhaust gas cleaning system for cleaner emissions; an advanced wastewater treatment system; smart heating, ventilation and air conditioning systems (HVAC) to recover heat from machinery spaces; and LED lighting and smart devices to significantly save energy.