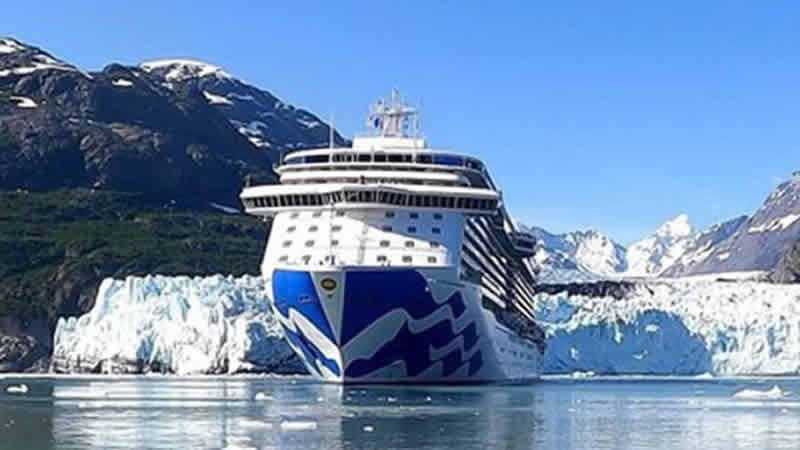 With the recent announcement regarding the safe resumption of cruising in Canadian ports, Princess Cruises has finalized programs and guest experiences for a full summer season of 2022 cruises and cruisetours to Alaska, as well as its summer and fall Canada and New England program.

Six ships will partake in the 2022 program, including the line's newest ship, Discovery Princess. Offerings include 12 itineraries, totaling 140 departures and five glacier-viewing experiences, with visits to the Southeast Alaska towns of Juneau, Skagway and Ketchikan.

Princess sails to and from Vancouver on its "Voyage of the Glaciers" seven-day cruises to and from Whittier, Alaska. More than 20 cruisetour options include a land tour to Denali National Park and Princess Wilderness Lodges. Alaska cruises sailing from Seattle and San Francisco visit Victoria, Canada, along with various ports in Alaska towns dependent upon itinerary.

The first Princess cruise ship to visit Canada is Caribbean Princess, sailing on a four-day "Pacific Coastal" voyage, with a scheduled port stop in Victoria on April 6, followed by Vancouver on April 7.

For the May through September 2022 season, Princess will have four West Coast home ports: Seattle, Vancouver, B.C., Anchorage (Whittier)and San Francisco. The 143,700-ton, 3,660-passenger Discovery Princess marks its inaugural season as the youngest ship in Alaska, departing from Seattle on the seven-day “Inside Passage” itinerary, alongside Crown Princess. Majestic Princess debuts along with Royal Princess and Grand Princess sailing the seven-day “Voyage of the Glaciers” itinerary, which offers two glacier-viewing experiences on every cruise, including Glacier Bay National Park. Ruby Princess offers 10-day “Inside Passage” cruises out of San Francisco, featuring the added bonus of a sailaway under the Golden Gate Bridge and a port stop in Victoria.

In addition, Princess continues to enhance its “North to Alaska” program, bringing local Alaskans, culture and fresh seafood on board and ashore to immerse guests in all things Alaska. From “Cook My Catch” and “Puppies in the Piazza” to mountain climbers, new offerings for 2022, include:

On Canada and New England voyages, Princess sails from Quebec and New York visiting such ports as Halifax, Saint John (for the Bay of Fundy), Sydney (Cape Breton Island) and Charlottetown (Prince Edward Island). The 2022 season runs from July through October and includes 16 departures and six itineraries on Enchanted Princess and Caribbean Princess.