Best Exclusive Resorts in the Maldives 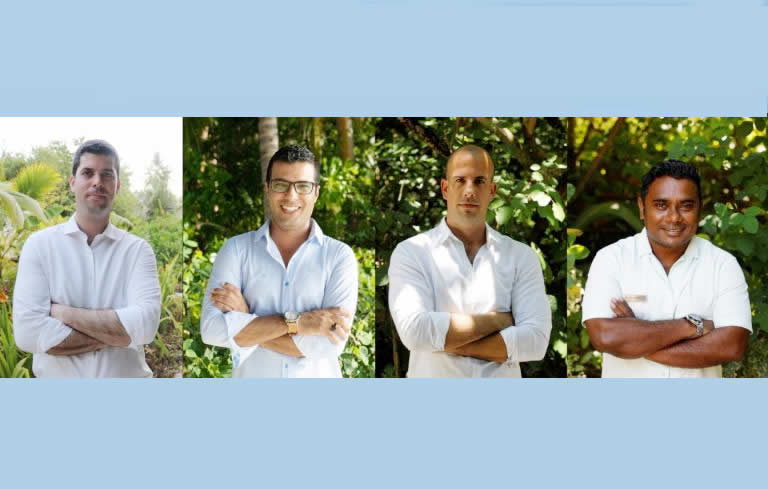 One of the bestsellers in Gaafu Alifu atoll Raffles Meradhoo Maldives has made two new appointments and promoted three existing staff to senior positions.

Among the new appointments are Ibrahim Ayoob as chief engineer and Manuel Llamas Velasco as Assistant Director of Food and Beverage (F&B).

Ayyob, a Maldivian national, joins from Oleveli beach resort where he was assistant chief engineer. He embarked upon his hospitality career in 2006 with the Banyan Tree Vabbinfaru and over the past 15 years has had several engineering roles.  Ayubb studied at the University of Suffolk in England and the American Hotel and Lodging Education Institute.

Manuel, originally from Spain, brings 12 years of experience in the field. He joins from Hôtel des Arts Saigon, MGallery Collection, Vietnam where he was Assistant Director of F&B. He has also worked at Fairmont Serru Fen Fushi and Kanuhura in the Maldives, My Little Spanish Place and the Intercontinental Dubai Marina. He has an advance certificate in wine and spirit and a sommelier and wine arts diploma and degree in F&B.

Stepping up to the director role in F&B is Mohamed Younes. In his two and a half years with Raffles he has climbed from Restaurant Manager to F&B Assistant then Manager before being promoted to the top F & B Director role. After studying at the Egyptian High School of Tourism he went on to work for Four Seasons, the One & Only Finolhu and Aman resorts before joining Raffles.

Javier Camon also becomes the Director of Marketing and Communications after being with Raffles for two years as Marketing Manager. During that time, he has been instrumental in opening and positioning the Maldives brand. Javier has experience with the PY Hotels and Chiltern Firehouse hotel. Hailing from Spain, Javier graduated in business and marketing management at ESERP Business School in Madrid.

And Abdulla Innad has been promoted to Housekeeping Supervisor after joining in 2019 and proving himself to be a valued team member in housekeeping working at Furaveri island and Raffles Maldives.

A hidden gem with unparalleled views of the Indian Ocean, the 21-villa beach island experience in the rare Maldivian oasis of Gaafu Alifu Atoll is AccorHotels’ fourth property in the Maldives and the first under the Raffles brand. Located at the southern end of the Maldives archipelago, near the equator on the Gaafu Alifu Atoll, the resort is accessible by a 55-minute domestic flight from Velana International Airport followed by 15-minute speedboat ride from Kaadedhdhoo Airport.

Offering two distinct experiences for those seeking a private get-away or simply to enjoy the natural pristine water surroundings, the Raffles Maldives Meradhoo featuring Beach Villas and Beach Residences that offer private pools, generous living spaces and lavish marble bathroom with a sunken bathtub and outdoor shower. The Raffles Royal Residence and a secluded collection of Overwater Villas and Residences, which lies adjacent to one of the vibrant house reefs in the Maldives. Guests can relish a range of rich gastronomic delights served at the five restaurants and bars. Set over the water, the award-winning Raffles Spa offers a private escape opening doors to discovery with authentic treatment expressions. READ FULL REVIEW