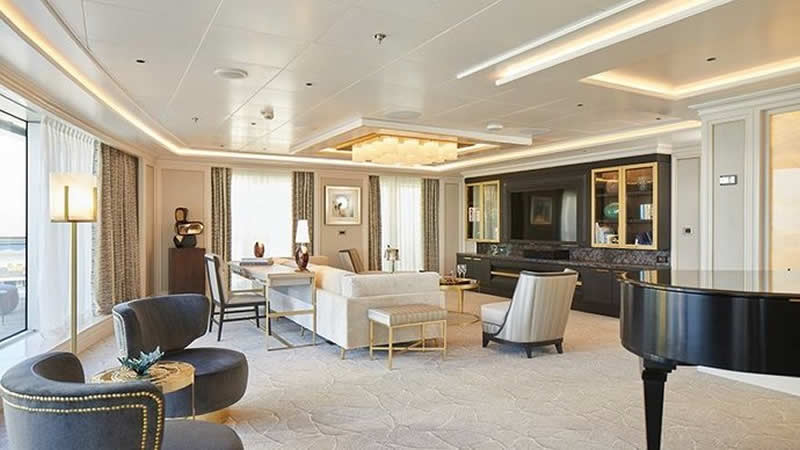 Sailing with the cruise line’s enhanced “SailSAFE Health and Safety Program”—which includes 100 percent vaccination of both guests and crew—the voyage is believed to be the first to carry international travelers on a U.K. cruise since the voluntary industry-wide pause in operations began in March 2020.

Jason Montague, president and CEO, Regent Seven Seas Cruises, in a press release said the sailing “represents yet another huge step forward as we return to luxury travel.”

The cruise line has marked the occasion by creating a return to sailing video, featuring many of the Seven Seas Splendor crew:

The inaugural sailing circles the United Kingdom with ports of call including Edinburgh, Scotland; Belfast, Northern Ireland; and Liverpool, England. The ship returns to Southampton on September 22, cruising into the new Horizon Cruise Terminal, before sailing a 14-night voyage to Barcelona, Spain visiting Bordeaux, France and Lisbon, Portugal, among other destinations. Seven Seas Splendor then spends October and November exploring the Mediterranean before crossing the Atlantic for a season in the Caribbean.