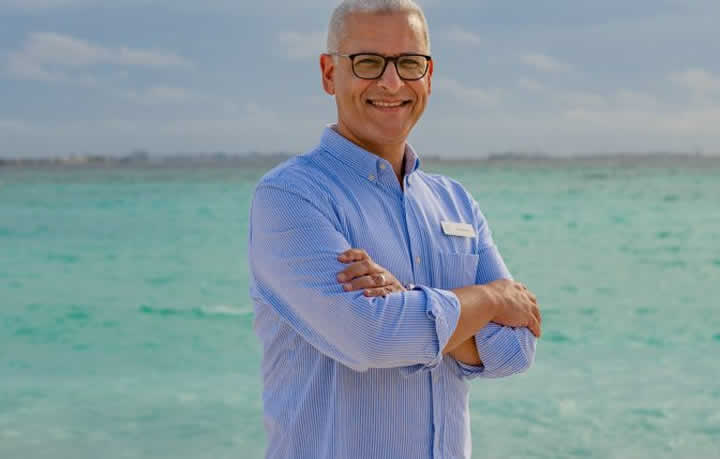 One of the best value hotels near Male, Sheraton Maldives Full Moon Resort & Spa has announced the appointment of Mohamed El Aghoury as General Manager.

Aghoury brings with him over two decades of experience in the hospitality industry attained across numerous reputable brands within different markets. In his new role, Mohamed will oversee all operations for the award-winning 5-star resort.

In addition to overseeing all aspects of the hotel’s operations, Aghoury will oversee strategic commercial plans to further strengthen the resort’s positioning in the market as a place where the world comes together. Moreover, he will continuously guide and lead the team to consistently provide service of utmost excellence.

Boasting over 25 years of diverse experience, Mohamed began his hospitality journey in 1993 at Sheraton Montazah Hotel, Alexandria. He has since paved his way up and embraced the challenge to accept his first General Manager position in 2011. Being dedicated to his role, Mohamed prides himself on distinctively leading operations and having a proven track record of enhancing revenue over the years.

Prior to his latest role, Mohamed had settled in the multicultural city of Dubai where he had acquired the role of General Manager for several renowned brands in the United Arab Emirates such as Four Points, Al Sondos Suites by Le Meridien, Meydan Hotel, Bab Al Shams Desert Resort and lastly, the Sheraton Jumeirah Beach Resort and Aloft Palm Jumeirah, where he held the prestigious position of a Cluster General Manager.

Speaking of his appointment, Aghoury said: “I am extremely honored and delighted to be a part of this hard-working team and look forward to further elevating the unparalleled service which makes this five-star resort renowned. We hope to begin the new year by providing the utmost level of service our devoted guests continue to appreciate.”

Aghoury’s leadership throughout the years has brought honor and stature to the properties in which he had worked, where he was recognized in the prestigious Hotelier MEA’s Top 50 General Manager Power List in the United Arab Emirates. Additionally, he was awarded as Best General Manager by Luxury Lifestyle Awards and Hospitality Excellence Awards as General Manager of the Year. To maintain a healthy work-life balance, Mohamed likes to indulge in sports and watersports in particular and looks forward to taking on the azure waters in Maldives for his share of thrill.

Sheraton Maldives Full Moon Resort & Spa is situated on the private Furana island in the Republic of Maldives, a 15-minute speedboat ride from Velana International Airport. The five-star resort offers 176 guest rooms designed to blend into the surrounding turquoise waters, pristine beaches and lush greenery. In addition to 7 unique restaurants and bars, Shine Spa for Sheraton located on its very own island and 3 outdoor tropical freshwater pools, the resort caters to all guests and is the perfect destination for honeymooners, families with young children or teens and solo travelers alike. The resort completed a $20 Million renovation by 2019 that saw enhancements to all facilities including guest rooms, dining venues and recreation.

Featuring elegantly planned and luxuriously furnished rooms, Sheraton Maldives Sheraton Maldives Full Moon Resort & Spa is an affordable 5-star family getaway in 15 minutes by boat from Male airport. Welcome to paradise. With everything you might expect from your sun soaked holiday to the Indian Ocean, the newly renovated Sheraton Maldives is positively picturesque and surrounded by calm blue seas. The world renowned brand is not quite as natural a fit for the Maldives as W but it exudes a solid affluence and makes a guest feel special on the small island with a rustic atmosphere.

The five-star resort offers 176 guest rooms designed to blend into the surrounding turquoise waters, pristine beaches and lush greenery. Also boasting seven unique restaurants and bars, the Shine Spa for Sheraton –located on its very own island — and three outdoor tropical fresh water pools, the resort caters for all guests and is the perfect destination for honeymooners, families with young children or teens and solo travellers alike.