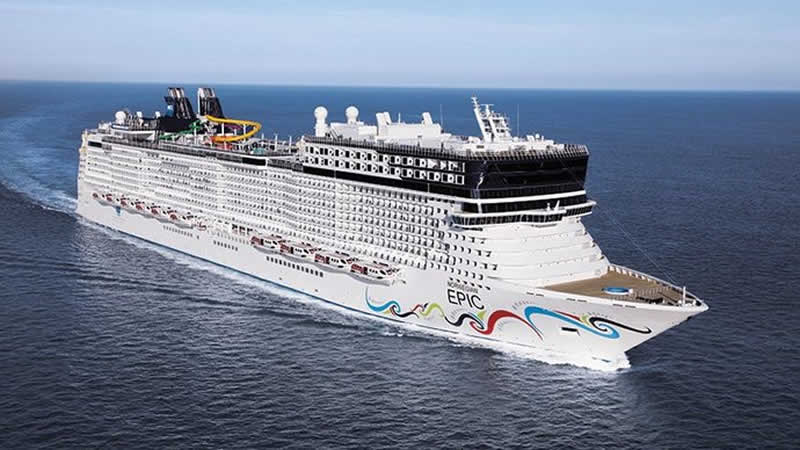 Norwegian Epic, the fourth ship in the company’s fleet to resume operations, completed its first voyage to the ports in Spain and Italy from Barcelona. During the week-long trip, the ship called at Livorno, the gateway to the Renaissance heritage of Tuscany and Florence, Rome (Civitavecchia), Naples, Cagliari (Sardinia) and Palma (Mallorca).

The line also debuted an all-new The Haven by Norwegian aboard Norwegian Epic, following an extensive refurbishment in Marseille, France at the end of 2020. The ship was the first in the fleet to introduce the brand’s key-card access ship-within-a-ship concept in 2010, complete with private amenities and dedicated services. The recent renovation resulted in 75 upgraded suites along with redesigned experiences, including The Haven Restaurant and The Haven Courtyard Pool and Sundeck.

Meanwhile, on September 13, Norwegian Getaway set sail on its first voyage from Rome (Civitavecchia). Through October 25, the ship will offer a mix of 10- to 11-day Greek Isles itineraries. Ports of call include Dubrovnik, Corfu, Katakolon (NCL’s newest embarkation port located on the Peloponnese peninsula), Santorini, Mykonos, Naples and Livorno (Florence/Pisa). The ship will spend up to 13 hours in each port and no more than two days at sea.

NCL restarted its cruise operations on July 25, 2021, with Norwegian Jade launching week-long itineraries to the Greek Isles. The company’s fleet-wide redeployment will continue in partnership with local governments, guided by the protocols of "Sail Safe"—the line’s health and safety program, which requires all crew and guests to be fully vaccinated for voyages through December 31, 2021.