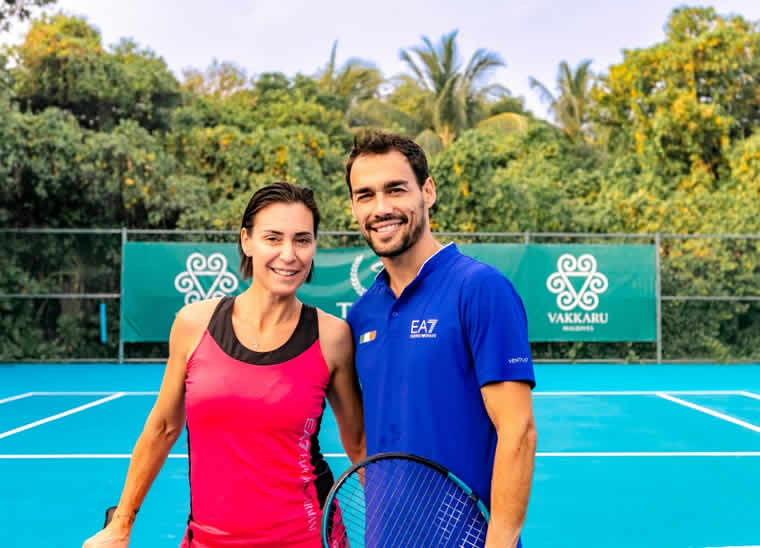 Top Italian professional tennis player Fabio Fognini arrived with his wife Flavia Pennetta, a former tennis pro, and their three children for a long-awaited holiday at the award-winning Vakkaru Maldives from November 30 to December 7.

Fabio, known for his consistently powerful groundstrokes and his lethal inside-out forehand, has a career-high ranking of World No. 9 on July 15, 2019. He is currently ranked 55th by the Association of Tennis Professionals (ATP). His most successful surface is red clay, upon which he has won eight of his nine ATP singles titles, most notably at the 2019 Monte-Carlo Masters, as well as having reached the quarterfinals of the 2011 French Open. Together with Simone Bolelli, Fabio won the 2015 Australian Open doubles championship, becoming the first all-Italian men's pair to win a Grand Slam title in the Open era.

Flavia became Italy’s first top-10 female singles player in August 2009 and the first Italian to be ranked World No. 1 in doubles, in February 2011. She is also a major champion, having won the 2011 Australian Open women’s doubles title with Gisela Dulko, and the 2015 US Open singles title over childhood friend Roberta Vinci in the first all-Italian major final.

Since its opening in 2017, Vakkaru Maldives has been a preferred destination for celebrities, from Hollywood celebrities like Madonna to sports celebrities and Bollywood stars, for romantic or family vacations. Fabio says he chose the timeless sanctuary as it is a family-friendly destination with plenty of options for couples with young children, but it also allowed him to relax during the current tennis off-season.

The family enjoyed their time on Vakkaru, exploring its many offerings and experiences, from exquisite dining, rejuvenating spa packages and healing Ayurvedic treatments to ocean adventures around the UNESCO Biosphere Reserve Baa Atoll.

During his time on the private island, Fabio also offers a once-in-a-lifetime experience by hosting an exclusive coaching/playing session for five lucky guests. 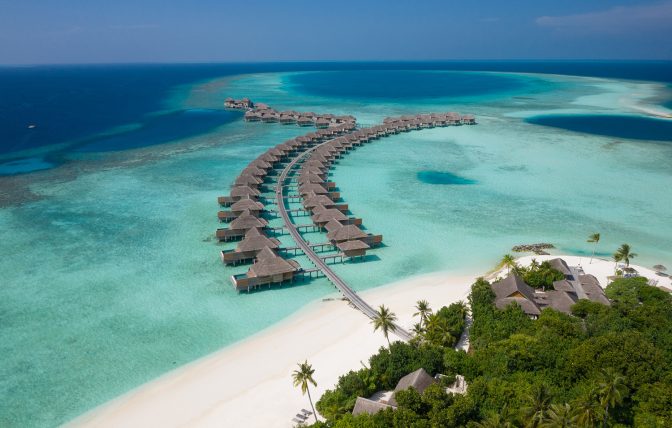 About Vakkaru Maldives:
Located in Baa Atoll, a UNESCO Biosphere Reserve renowned for its spectacular sea life, Vakkaru Maldives is a timeless sanctuary recently named the Indian Ocean’s Leading Resort in the World Travel Awards. An awe-inspiring 30-minute seaplane ride from Velana International Airport takes you to this secluded reef island, shaded by coconut palms and blessed with calming ocean views and powder-soft white-sand beaches. Here 113 beautifully appointed Over Water and Beach Villas are elegantly designed to respect their surroundings, while exceptional dining experiences and amenities await. Among our industry-leading offerings is overwater Merana Spa, complete with an Ayurveda practice and a regular host to residencies by the world's most inspiring wellness practitioners. Children and teens are generously catered for in the Parrotfish Club and Coconut Club respectively, while guests of all ages can play against world-famous pros through a best-in-class coaching partnership with Tipsarevic Luxury Tennis. Threading all those services and facilities together, our unique hospitality concept Vakkare places a sincere, proactive commitment to care at the core of all we do.

Stay a minimum of six nights at Vakkaru during Oliver Steeds’ residency. Prices start from US$1,185++ per night in an Overwater Villa, inclusive of breakfast and dinner, plus complimentary stay and meals for up to two children under 12 years old. For more information visit www.vakkarumaldives.com.

Vakkaru Maldives is a brand new luxury resort located within the crystal clear waters of the UNESCO Biosphere Reserve in Baa Atoll. Vakkaru is a lovely island combined with a real Maldivian atmosphere and offers many high-end options in a comfy ambiance.

Surrounded by lush, vegetation, beautiful beach and stunning lagoon, the 5-star resort offers an extensive selection of luxury accommodation, with 125 beach and overwater villas and suites catering for couples and families alike, all come with butler service. A great choice of indulgent dining choices allow guests to enjoy flavours from Europe to Asia in four restaurants and two bars, all offering a delicious culinary experience and an amazing, talented, professional team of friendly staff. With an array of energetic or relaxing indulgent activities in and around this Maldives resort, it’s an ideal place for both couples (romantic and idyllic with an adult-only area ) and as well families (kids club, family villas beach & overwater and nanny service). The island, with its pearl shores and ambundant marine life is just a 25-minute seaplane ride from Malé Airport.