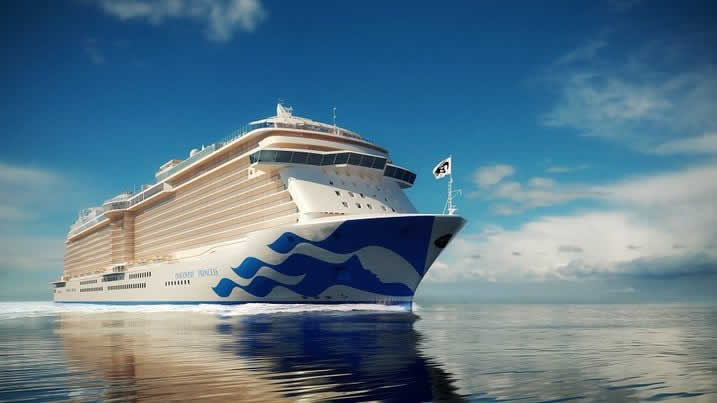 Nearly all ships in Cruise Lines International Association (CLIA) member lines' fleets will be back sailing by July 2022, according to the “2022 State of the Cruise Industry Outlook” report issued by the group. In addition, CLIA said nearly 6 million guests have sailed since the restart began last year. The trade group also offered its annual look at new ships, the industry’s economic impact in port communities and progress with sustainability.

As for new tonnage, Royal Caribbean International took delivery of its fifth Oasis-class vessel, Wonder of the Seas. The world’s largest ship will begin its inaugural season in Fort Lauderdale, FL, on March 4 and sail on seven-night Caribbean voyages. Then, Wonder of the Seaswill head for Barcelona and Rome to offer summer Mediterranean voyages.

Monday, January 31, Princess Cruises also announced that the 3,660-passenger Discovery Princess has been delivered. The new vessel is the line’s fifth and final Royal-class ship.

In navigating through the pandemic, more cruise lines are requiring vaccine booster shots from guests, the latest being Lindblad Expeditions. That expedition line recently expanded its Alaska 2022 schedule by adding a fourth ship.

Travel advisors continue to travel the globe and show clients that not only is the cruise world a safe one, but that they can have a rewarding vacation experience. For example, Ignacio Maza, executive vice president, Signature Travel Network, recently traveled to the Galápagos on Celebrity Floraand shared his experience.

The drama surrounding Crystal continued this past week. The line's 2022 World Cruiseon Crystal Serenity was cut short due to parent Genting Hong Kong’slegal filing regarding its financial woes. But while that ship was expected to dock in Aruba on January 30 to disembark guests, it was refused entry by Aruban authorities.

Compounding the issue, some Crystal guests had already made plans to transfer to Regent Seven Seas Cruises’ Seven Seas Mariner in Aruba. But then the ship sailed on instead to Bimini, Bahamas, where all guests disembarked and many took a ferry back to the U.S. Some headed for other ships in South Florida or returned to Aruba.