This Week in Cruise Recovery: New Ships, Restarts & Other Updates 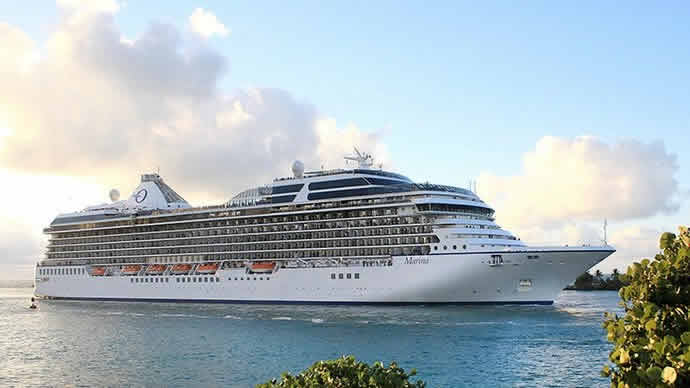 This past week, the cruise industry made significant progress in its “restart progress." On the high seas, Oceania Cruises restarted global cruise operations with Marina sailing from Copenhagen, Denmark. That sailing was the line's first in 524 days.

On the river cruise side, American Cruise Lines' new, 175-passenger American Melody began cruising the Mississippi River on a 22-day voyage last Friday from Natchez, MS, to St. Paul, MN. This modern riverboat was originally slated to embark guests in New Orleans, LA, but given Hurricane Ida, this specific departure was shifted to Natchez.

Crystal River Cruises restarted voyages as Crystal Ravel sailed from Vilshofen, Germany on a seven-night Danube River itinerary. In addition, Crystal Debussy sailed on a seven-night Rhine itinerary from Basel, Switzerland. Check out the details in this article on our sister site, Luxury Travel Advisor.

Good news for Douro River cruises and ocean voyages from Lisbon? Despite the European Union's stricter new recommendations for Americans entering the continent, Portugal said it plans to remain open to Americans who have either proof of vaccination or a negative COVID-19 test.

In contrast, the Netherlands said it would not only require proof of vaccinations and a negative COVID-19 test for Americans entering the country, but also a self-isolation/quarantine period of 10 days (shortened to five days if a test is negative at that point). But those new stricter rules could negatively impact both river and ocean cruises from Amsterdam.

Michael Bayley, president and CEO, Royal Caribbean International, revealed more details and a new video about the line's newest ship, Wonder of the Seas, which debuts in March 2022. The ship will will serve the Asian market, operating voyages from Hong Kong and Shanghai.

Given current travel restrictions in Canada, Lindblad Expeditions revised three departures of its October 2021 “British Columbia and San Juan Islands” voyage and will instead now offer an American wilderness experience in Puget Sound, the San Juan Islands in northern Washington and the Salish Sea. The cruises will sail roundtrip from Seattle, WA.

Celestyal Cruises, which in 2020 purchased the former Costa neoRomantica from Carnival Corporation and renamed that ship Celestyal Experience, announced that it's now sold that vessel. The line cited the need for capacity rightsizing during this pandemic era and the benefit of enhanced liquidity.

After an IT systems outage, Silversea Cruises' reservations system is back up and running. The line said its IT staff discovered some unauthorized access and to protect the privacy and safety of its customer and employee data, “we took our systems offline as a precautionary measure while taking necessary corrective action." Silversea apologized for the disruption and said it's investigating.