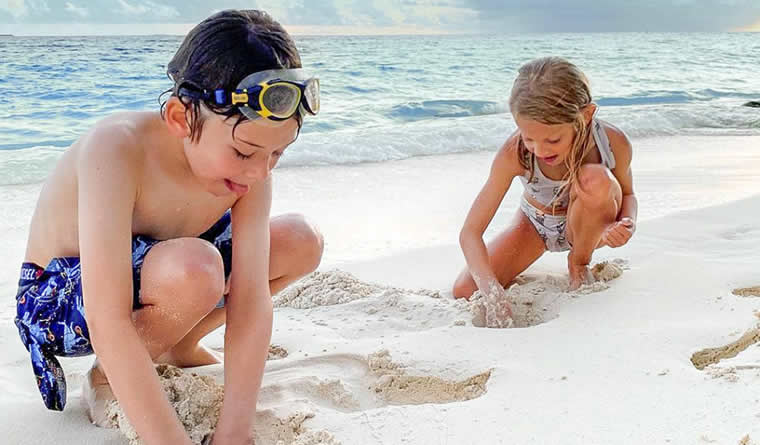 Amilla Maldives Resort and Residences has held a graduation ceremony for the young VIPs from the exclusive Mini Marine Biologists Programme.

The fun interactive course teaches kids about the amazing marine ecosystem and wildlife in the Maldives, from turtles and sharks to seabirds.

Amilla’s first class of Junior Marine Biologists has just graduated this month. They were each presented with Mini Marine Biologist certificates as well as badges with seven pins on them, each representing the diverse topics they covered, and Kids’ Club backpacks in the shape of long-tailed tropicbirds.

Each interactive course consists of short videos, talks, Q&As, and even a visit to Amilla’s coral nursery en route to a snorkelling session (as part of its commitment to sustainability, Amilla is working on growing coral to help regenerate the reef). Combined with worksheets, games, and drawing, a new world of marine biology is opened up to the children.

Amilla Maldives Resort and Residences’ resident Marine Biologist, Chiara Gambini, says: “Most kids already know about the importance of protecting the environment - the idea was to help give them a deeper understanding of it. The Mini Marine Biologist Course at Amilla dives pretty deep into marine biology and we even use some of the scientific names to explain processes, like photosynthesis, which the kids seem to like and have responded really well to.

“There was one little kid who is only six, but now he knows what photosynthesis is! They’ve all been really excited to learn. It’s something they decided they wanted to do themselves, as this isn’t something offered by our Kids Club, so it’s something they chose because they already had a passion for it,” adds Chiara. The course can be customized according to the age of the participants, who can be anywhere between two and 13. Each session lasts an hour, spread out over three to seven days.

Amilla is one of the greenest and most natural resort islands in the Maldives, with over 70% of it preserved as lush jungle and untouched beaches. As such, all kinds of species flourish there. In fact, Amilla is one of the only resorts in the Maldives to have six nesting sites of rare white-tailed tropicbirds, which normally only nest on uninhabited islands. It’s also an important nesting site for turtles, which are protected by one of Amilla’s many ongoing conservation projects.