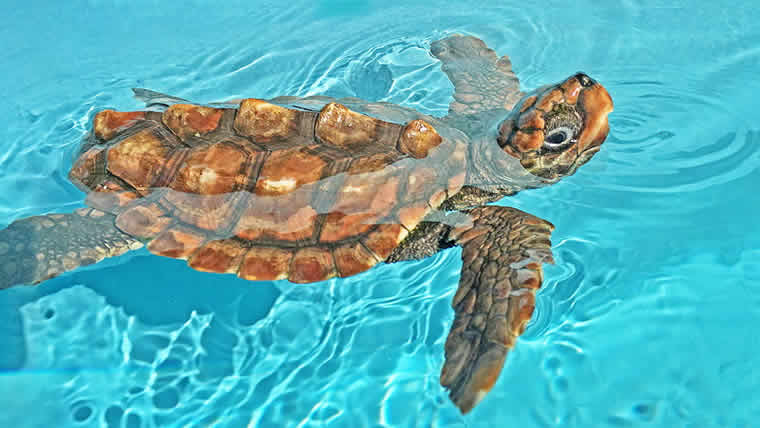 Experience a true boutique luxury staying on some of the most beautiful islands in the Maldives with Coco Collection resorts.

Back in 2020, we shared with you The Turtle Report; a glimpse into the work carried out by the Olive Ridley Project from the Marine Turtle Rescue Centre at Coco Palm Dhuni Kolhu. Today we’d like to share with you a follow-up and take a look at some of their achievements over the past two years.

The partnership between Coco Collection and the Olive Ridley Project began in 2015 and came to fruition in 2017 as we opened the first veterinarian-led turtle rescue centre in the Maldives.

Since its opening, the rescue centre has treated 195 patients, 156 of which have been olive ridley turtles. 25 hawksbill turtles, 13 green turtles, and 1 loggerhead turtle have also been treated at the centre.

One of the biggest milestones for the Olive Ridley Project recently was the releasing of Autumn, their very first satellite-tagged turtle on the 18th of April 2022. Autumn is a subadult olive ridley turtle who was found entangled in a ghost net in Baa Atoll. After two months of rehabilitation, she was released with a satellite tag, which allows the team to collect data about the behaviours of released turtles in order to better protect and conserve sea turtle populations.

Upon her release Autumn set out east, even making a pass by Coco Bodu Hithi! Within the first 8 days of her release, she travelled 160km towards Sri Lanka. Autumn’s tag unfortunately stopped sending out data on 10th June 2022—at which point she had already travelled an incredible 2,271km!

“While it is regrettable that we lost connection with Autumn, the data that we have managed to receive from her tag will go a long way in helping us fill gaps in sea turtle research. We still collected 55 days of tracking data in which Autumn showed great swimming speed and dive capabilities comparable to olive ridleys with all flippers intact, showing that amputees still can do well in the wild.”

Over the past five years, 107 injured turtles have been rehabilitated and released back to the ocean. The Olive Ridley Project released their second satellite-tagged patient on World Turtle Day 2022, with more being planned in the future.

THE JOY OF MIXOLOGY 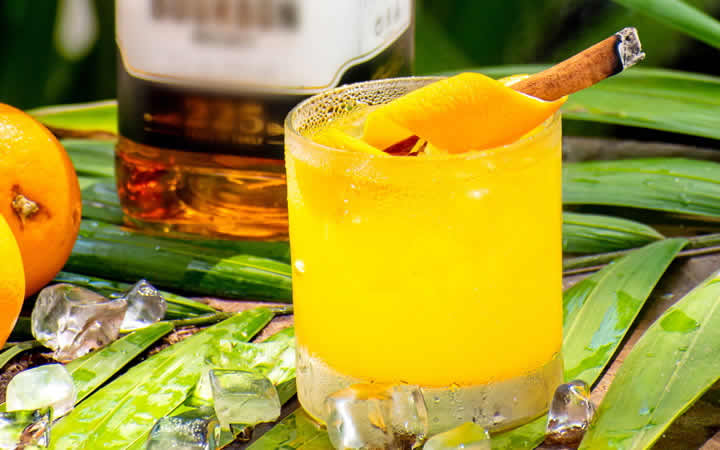 Discover a mixologie secrets with thу talente bartenders at Coco Bodu Hithi! You can now take a turn behind the bar and learn how to mix up your favourite Latitude cocktails. Our barmens will teach you 3 basic methods of cocktail-making: layering, shaking, and muddling, so you can make your tipple of choice. 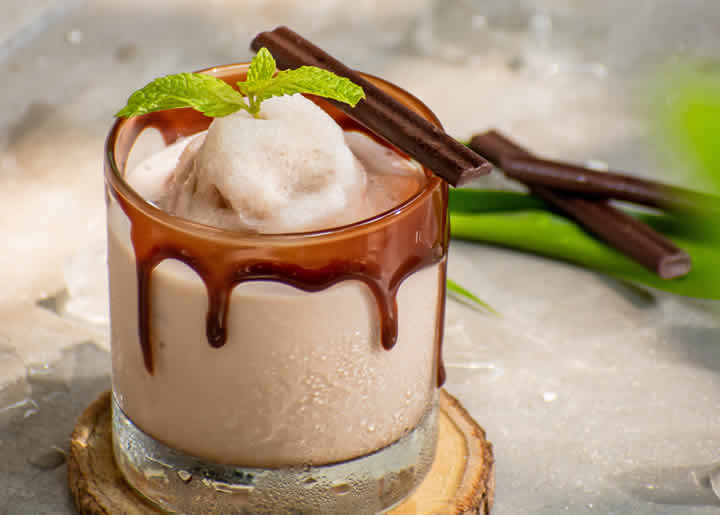 Aside from learning these mixology techniques, you will also get to learn basic flavour combinations and of course, try all the cocktails you make!

Best of all, you can put your new skills to use back home with our cocktail recipe book sharing the secrets behind some of Latitude’s signature drinks! 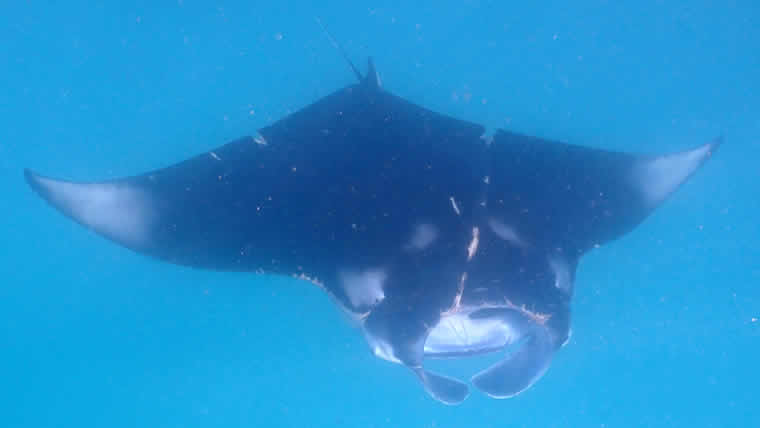 Coco was first sighted ten years ago on 25th August 2012 by a guest snorkelling on the Coco Palm Dhuni Kolhu house reef. The guest had attended our Marine Biologist's presentation the evening before and learned how to take a proper ID shot of manta rays, which came in very handy when he encountered this then-juvenile manta.

The ID shot was shared with our friends over at the Maldivian Manta Ray Project - Manta Trust who confirmed that the sighting was new to their database, and the individual was designated with the code MV-MA-2461. Nicknamed Coco, she was next sighted in 2016 at Hanifaru Bay. Coco has been sighted multiple times over the past 10 years in Baa Atoll as well as Ari Atoll and North Male' Atoll. The Manta Trust research team also spotted her in Raa Atoll twice earlier this year!

Unfortunately, when she was spotted on 14th June 2022, they saw that she was suffering from an entanglement injury. So many have spotted Coco over the years, watching her grow from a juvenile to an adult female manta ray without any injury before.

Luckily, Coco seems to still be very active in the area which is a very promising sign and further highlights the important work being done by the Manta Trust and other partners to protect these beautiful marine creatures from further harm.

Look out for Coco Collection resorts packages & offers - we hope they get you here sooner and allow you to stay with us longer.

About Coco: Coco Collection runs the two luxury resorts in the Maldives. Coco Bodu Hithi translates island life into contemporary sophistication. Coco Palm Dhuni Kolhu is dedicated to the inspiring beauty and natural wonder of the Maldives. Since our launch in 2005, Coco Collection has crafted five-star destinations of different character and won awards for doing so with passionate flair. Each Coco Collection Resort in the Maldives is a haven for lovers of travel and style. Each celebrates traditional Maldivian architecture and ambiance. But each offers a distinct and extraordinary reality.

Luxurious and contemporary, with superb private pool villas and an idyllic overwater spa - Coco Bodu Hithi, the flagship property in Coco Collection’s portfolio, is a chic retreat where you reconnect with yourself, your loved ones and the wonder of the natural world. Translating island life into contemporary sophistication, the resort, which is accessible by a 40-minute speedboat ride from the main Velana International Airport, offers 100 villas that are surrounded by the calm view of the lagoon and the soothing sound of the waves. There are seven chic restaurants, two open air cocktail bars, extensive thatched overwater Coco Spa and a fitness center (with ocean views!). An uncrowded infinity swimming pool and a large selection of activities, including scuba diving and snorkeling in the lagoon. Despite all these facilities, guests - especially at night - tend to seek privacy in a private getaway, possibly with a bottle from Wine Loft.

Coco Palm Dhuni Kolhu is a quiet place in the Maldives where you will find luxury, beauty and privacy at reasonable prices. The resort very well takes care of its environment and creates guests all for a 5-star beach experience in tropical paradise. Dhuni Kolhu is ahead of other hotels in its category by quality, design and amenities. This is a top class, but a simple, laid-back package of key Maldives elements - diving, snorkeling, beach, island and accommodation. Half a mile from tip to tip, a private island of medium size is populated with 98 villas. Snorkeling and scuba diving is awesome amd the guests can freely walk between two restaurants, SPA and sports grounds, using shady paths entwining the lush jungle. The removal of the island takes 30 minutes by seaplane from Male airport. Snorkeling and scuba diving is awesome and the resort offers a number of fun tours, but there is no pool on the island.