IndiGo to launch Direct Flights from Malé to Chennai and Hyderabad 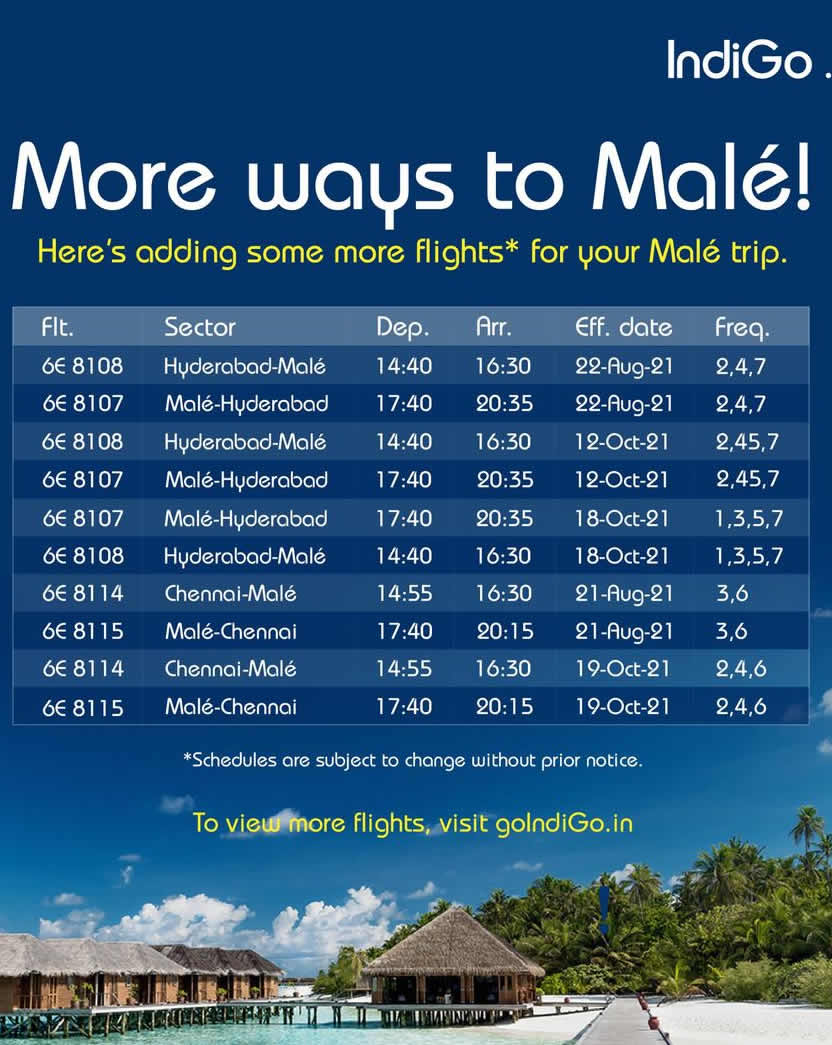 This will be the first time the airline has covered these two sectors from the Maldives. Starting from 21st August 2021 onwards, Indigo will be operating flights to Chennai and Hyderabad as follows:

According to the flight schedule launched by the airline, direct flights will be conducted from Maldives to Chennai and Hyderabad. These two Indian cities are brand new additions to the destination portfolio operated by IndiGo from the Maldives.

IndiGo now connects Maldives and India via total 6 routes; Delhi, Mumbai, Bangalore, Chennai, Hyderabad and Cochin, making it the only airline to have currently established the greatest number of flight routes between the two countries.

Airports of The Maldives

Maldives, the most dispersed country on the planet with 1,192 islands spread over roughly 90,000 square kilometres, already has 13 airports, including four international airports. Honeymoon islands with white sandy beaches and beautiful blue lagoons surrounded by turquoise waters of the Indian Ocean pleasing to the eye already on the airplane board before landing at one of the airports of the Maldives.

Over a million tourists from across the globe visit the Indian Ocean island nation every year to holiday in one of the 120 resorts and 300 plus guesthouses located in all corners of the country. The multi-billion dollar tourism industry, which is the country’s main economic activity, relies heavily on the domestic transport infrastructure, especially air travel. Read More.