Do You know? Janhvi Kapoor vacationing in Maldives at Soneva Jani 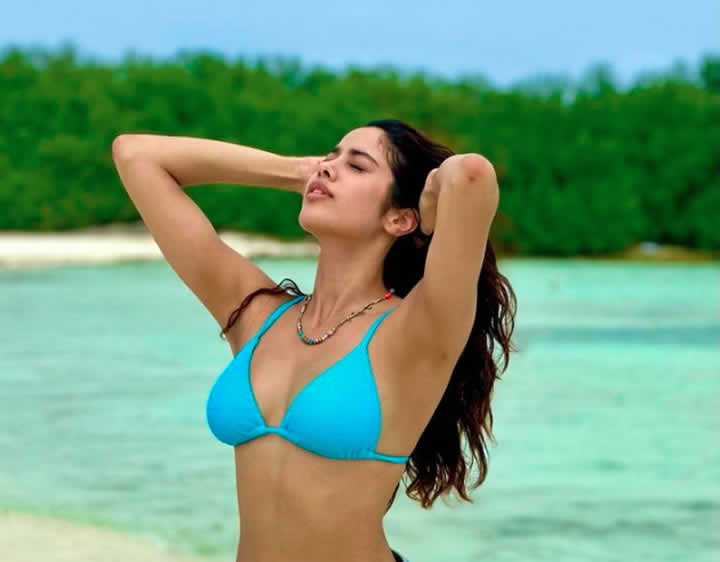 An Indian actress Janhvi Kapoor is having the time of her life in the Maldives at Soneva Jani, and her vacation album is getting better with every new post. On Sunday, the actress shared new pictures of herself sunbathing on the island. In the images, the actress looks beautiful in blue swimwear paired with a denim skirt and a bead necklace. The actress has left her hair loose and is sporting a no-makeup look. In the first image, she is posing for the camera with a coconut in her hand, while in the other two images, she is showing off her toned body.

Sharing the post, Janhvi Kapoor wrote, "on an island in the sun," followed by a sun emoticon. Soon after she shared the post, her rumoured boyfriend Orhan Awatramani commented, "Hello," and in another thread, he wrote, "I'm on an island, even when we're close."

Earlier, Janhvi Kapoor dropped many pictures with a stunning moonlight view. In the images, the actress looks pretty in a white cutout dress and has accessorized her look with blue hoop earrings. In the caption, she wrote, "meet me in the pale moonlight." Soon after she shared the post, her sister Anshula Kapoor wrote, "Prettiest," followed by a heart emoticon. Check out the post below:

Janhvi Kapoor shared pictures in neon green swimwear and captioned it as "Messy hair, iridescent skies, salty winds and an endless ocean." Check out the post below:

Meanwhile, on the work front, Janhvi Kapoor was last seen in Mili. Next, she will be seen in Bawaal and Mr and Mrs Mahi. 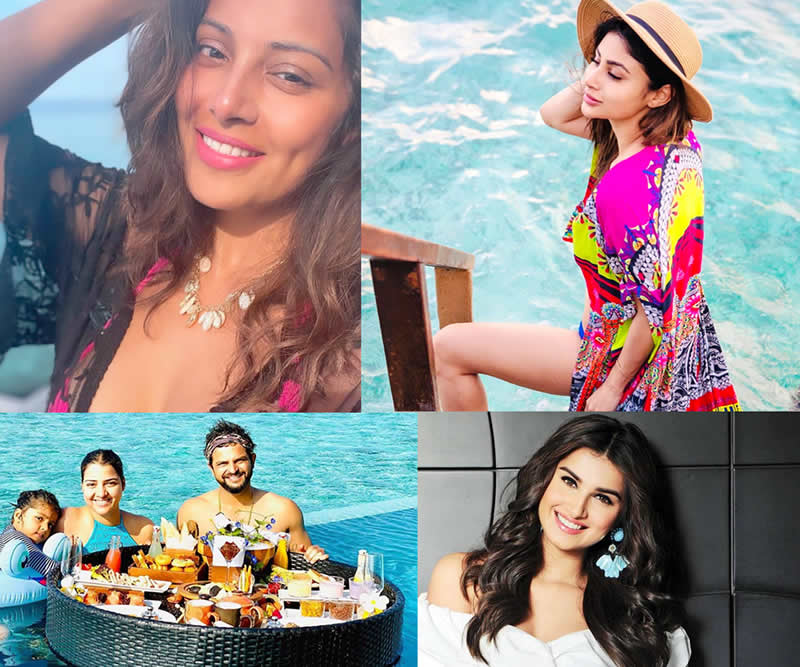 With sunny weather and clear water the Maldives is amongst the most sought after beach destinations by celebrity travellers, including Bollywood celebrities and Indian TV stars. B-town stars tempting us to follow suit by keeping fans updated with fun pictures and videos, and you don’t have to be an A-lister to stay at these luxury resorts.