When Joali Maldives made its debut in October of 2018, the island resort immediately stood out for its first-for-the-Maldives art immersive philosophy. Now celebrating its one-year anniversary, Joali is extending this concept with the launch of new art experiences and a roster of visiting artists.

From the very beginning, Joali’s founders knew they needed to create something entirely different if they wanted to set this resort apart from the archipelago’s other private islands. By staying at one of the best, you know you’ll be treated to the white sand, turquoise waters and hypnotic marine life the Maldives is known for and the ultimate in gastronomy, wellness and style.

For Joali to stand out, this had to be more than just a case of styling the resort differently. To give this island its distinct identity, they decided to integrate experiential artworks into the luxury villas and natural environment, enhancing the experience guests have through this artwork.

Ala Onur and Zyenap Ercan of No LaB curated the selection of international artists, then these artists set about creating pieces that represent the island’s natural surroundings, bringing more character to the resort whilst also reconnecting people to nature. Some of these artworks were created on-site and some were made using native materials.

You can now dive down to the coral-inspired underwater mosaic sculpture garden of New York artist Misha Kahn, climb in the cocoon-like Evolution Chair of Spanish artist Nacho Carbonell, and sit back in the hanging Heron Chair of South African artist Porky Hefer who also created one of the most prominent artworks on the island, the playful Manta Ray Treehouse. The lush courtyard of the spa is home to Israeli artist Zemer Peled’s sculpture, Maldives Vibes, which takes inspiration from the Maldives’ extraordinary marine environment.

Proving exceptional attention to detail, bespoke artwork and design is integrated throughout every aspect of the resort experience. Turkish artist Feleksan Onar created glass pineapple and coral objects for the each villa’s mini bar, and Cape Town’s design studio Ardmore came up with a heron and frangipani flower design for the in-villa beach kaftans.

All of these bespoke pieces of art are then integrated into the architectural and interior design of the Istanbul studio, Autobahn, who used custom-designed furnishings, hand-carved wooden panels, bamboo elements and terrazzo flooring to create a sense of tropical island chic. Istanbul-based Atölye4n created the manta ray structure that welcomes you at the arrival jetty and Tokyo-based Studio Glitt came up with the origami-like timber design of the overwater Japanese restaurant, Saoke.

Joali, which made its debut in October 2018, plans to add to this art collection on an on-going basis, and to extend the art concept in its second year Joali is beginning its series of visiting-artist-run workshops.

This series will begin with a two-week programme by Zemer Peled, the creator of the spa-based coral sculpture, who is known for her porcelain artworks inspired by natural forms.

“We want some of the same artists who created work for the island to come back for two weeks to three months to host workshops in the island’s studio. I want them to use interesting mediums like painting on silk or clay. We’re putting a kiln in for Zemer, so she can do ceramics with the guests, then we’ll keep the kiln here. At the same time, I’m asking the artists who come over to leave an artwork behind, so we’ll get a new piece of artwork from each set of workshops we host,” Steven Phillips, the General Manager at Joali, said.

From December 23, 2019 to January 6, 2020, Peled will be leading paper and clay workshops for guests on the island. You’ll be able to join the artist in the Joali Studio each day to gain insight into the Maldivian coral reefs and create your own paper and clay artworks to take home with you at the end of your stay. You’ll look at the colours and shapes found within the reef while experimenting with different ways of working with the materials, from moulding the clay to paper folding and painting.

“My sculpture, Maldives Vibes, was inspired by the rich underwater world of the Maldives coral reefs. It is primarily white in colour to symbolise the coral bleaching that has affected the Maldives, but the striking colours that embellish the sculpture serve as both a memory of the vibrant coral reef and encouragement for its future protection. Over the course of two weeks, participants of my workshop on Joali will create their own paper and clay sculptures inspired by the Maldives coral reefs,” Peled explained.

To hear the story behind the island’s artworks whilst you’re there, you can sign up for the, also newly established, art tour for which members of the Joali team have been specially trained. 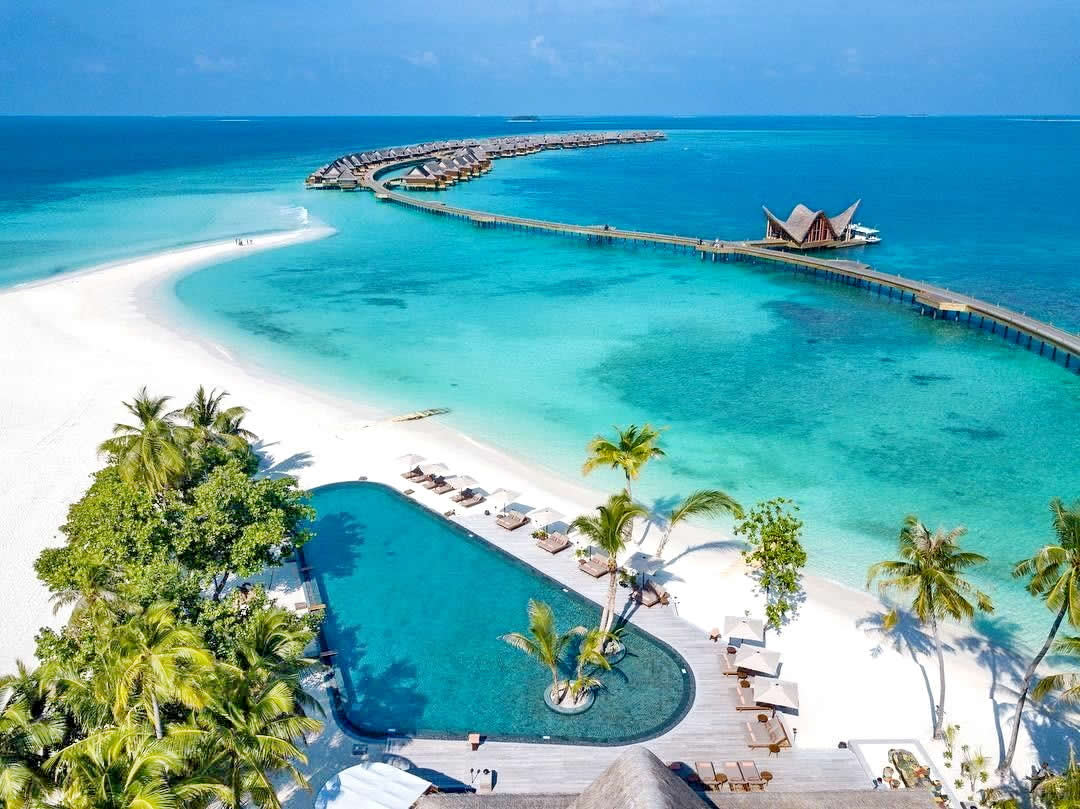 A new landmark for glamor and sophistication in the Maldives, JOALI is an ultra luxury resort that's opened in 2018 on the island of Muravandhu, Raa atoll. Celebrating the "Joy of Life" with high skill, artistry and sustainability in its very essence, Joali promises a non-standard and exceptional island experience for its guests. The 73-villa property offers unconventional luxury in a private setting and a distinct focus on design by internationally-renowned design studio Autoban, architecture and design firm Atolye4n and Tokyo-based Studio Glitt.