As part of a continuous pledge to prioritize ocean conservation and protect the natural environment, diveOceanus at Paradise Island Resort have initiated a Coral Garden restoration programme to preserve and protect the coral reefs for the future.

The diveOceanus team will nurture and reproduce the resilient coral fragments from the Paradise Island house reef which will then be planted on designated coral frames and placed back in the house reef. The restoration programme aims to reproduce healthier coral which will be resilient to ocean temperature changes and in future foster a healthier and more robust house reef. In alignment with the necessary government and fishery ministry regulations, the diveOceanus team established the Coral Garden program in the month of September, prior to the approaching hottest months of the year from December – March when the ocean temperatures rise considerably.

Phase one started with an extensive survey of the Paradise Island lagoon to observe the condition of the coral reef. This proved successful as the team found a substantial amount of healthy coral reef which had survived global warming and bleaching events. Collecting numerous broken coral fragments, the team placed the coral in dedicated coral nurseries in the lagoon located near the Italian restaurant, Farumathi, to nurture them before later transplanting them to frames which is where they will continue to flourish and create a new home for a variety of marine life.

Following the successful installation of 30 coral frames with around 20 coral fragments in the lagoon near Farumathi Italian restaurant, the team will access the progress of the frames before placing further frames in different areas of the lagoon and nearby the water villa jetty. The concept of creating a new coral reef will ease the pressure on the natural coral reef that is damaged and encourage marine life to habituate the new coral frames and create a new reef that guests can also appreciate and explore, whilst the house reef renews in their absence.

The Coral Garden restoration program started with the objective to have several sustainable initiatives running at the resorts to support ocean conservation and environmental sustainability, while also involving guests that wish to make a difference towards a greener future. Through specialized education and conservation efforts, the diveOceanus team aim to introduce the Coral Garden program to local communities and schools in order to raise awareness and educate the younger generations on the importance of taking care of the Maldives natural environment. 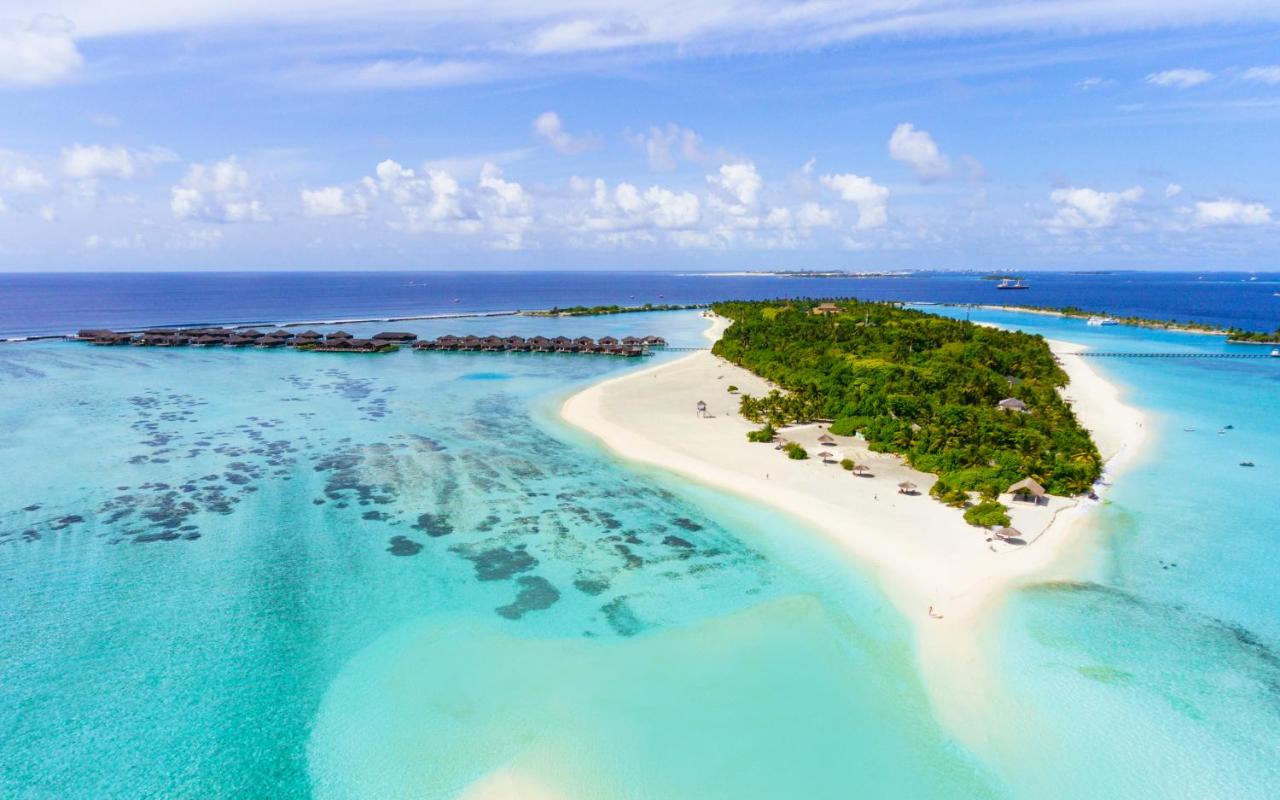 About resort: One of the largest in the Maldives, Paradise Island Resort & Spa is a popular resort. The island is just 15 minutes by speedboat from Male airport, it is very friendly, and there is a lot of activity. Add sunlight, white beaches and turquoise waters and you have all the makings of a fun holiday. This hotel with 282 rooms, located at the top of the middle level is one of the largest in the Maldives. The incredible white-sand beaches surrounding the island are the main draw, and the there are also expansive grounds (expect to walk), excursions, a dive center, and a la carte restaurants, though most will be eating at the buffet.