Where to spot Celebrities in The Maldives

The actress, on Thursday dropped new pictures from the vacation on her Instagram feed. Wearing swimwear, Shefali could be seen enjoying her time in the blue water of the Island Nation.

On these photos, the Kanta Laga girl looks drop-dead gorgeous as she poses in a blue front-slit dress. She can be seen sporting an orange flower in her hair. Besides her outfit, the background of the picture too is painted blue with the clear sky and the water from the ocean. Sharing how the colour blue is all over her mind now, she wrote, "She dreams in shades of #blue ...#ocean #love #mykindofplace #maldives #oceanlove #sunnyday #thursday #goodvibes."

Kandima Maldives is much more that a holiday, this three-kilometre-long resort reimagines peoples’ lifestyles with a sprinkle of K’Magic! #MyKindOfPlace. Whether you seek relaxation, both aquatic and island adventures, wellbeing, fitness or just family time, Kandima Maldives is an oh-so-stylish resort that has something for everybody!

Check out these these really kool Kandima Offers. 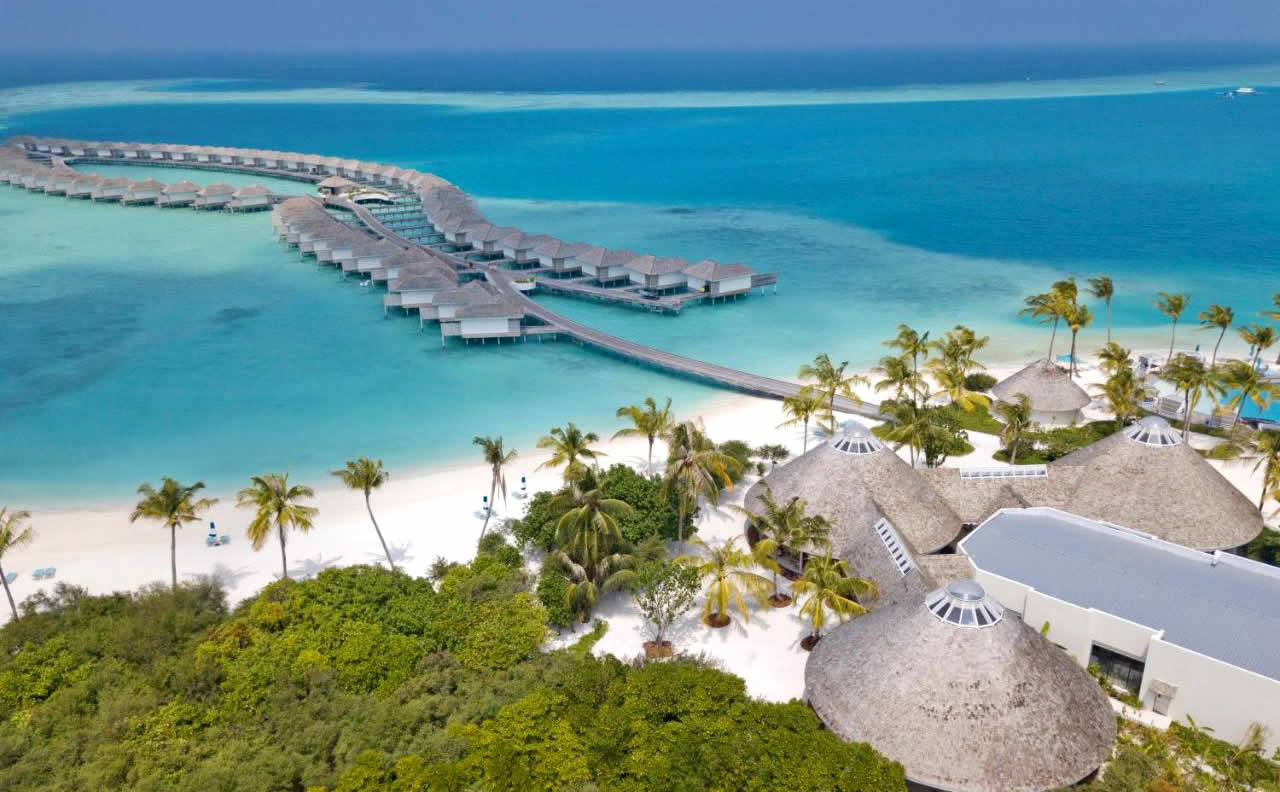 Kandima is a "new look" of the Maldives combining wild parties in the beach club, extensive dining options and even a chance to see the dolphin from the bathroom. It's about genuine hospitality with a human face and clever solutions that use the latest innovations, not to mention the playful spirit of a private island. Kandima was a late-comer to the Maldivian tourist market and is markedly different to the classic honeymooner resorts. It's aimed at sports-loving, party-going groups as well as couples and active families, and has a range of accommodation options, from affordable studios to luxury pool villas.

Located on a lush tropical island in Dhaalu Atoll is just a 30-minute flight from Velana International Airport, Kandima offers a choice of 266 stylishly designed studios and villas, with 11 different categories to choose from. The four-star plus resort has first class facilities, boasting the largest pool in the Maldives, tennis courts, an art studio, a marine biology school, a kids club, a game room, a library, a gym, a yoga studio and a spa. Read Full Review