Popular and beloved Brazilian actress Deborah Secco is currently spending a family holiday in the Maldives with her husband, Hugo Moura, and their daughter, Maria Flor.

They decided to spend a few days at Lily Beach Resort & Spa on their Maldivian island-hopping journey at the first, and one of the best, all-inclusive resort in the Maldives.

Starting out as a young child actor in advertising, Deborah has grown to become a Brazilian household name in film, television, and theatre. She has starred as several famous villains throughout her career as well. Looking at her credentials, it is no surprise that she was elected as one of the 100 most influential personalities of the year by IstoÉ magazine in 2012.

On June 25, Maria will make her debut into soap opera acting as well- side by side with her mother, no less! The two will be together for the newest episode of Salve-se Quem Cander, a Brazilian soap.

“It was one of the happiest days of my life, I revisited myself seeing Maria Flor on set, working. She was enchanted, in love with it all. And we acted opposite! The most curious thing is that the casting producer who cast Maria was the same one that cast me at the beginning of my career. This will remain in our history,” Deborah was quoted as saying in Portuguese from an interview with Mais Você.

Deborah has quite the following, with millions of fans across social media platforms. Specifically on her Instagram, she has been sharing glimpses of their luxurious Beach Residence and aspects of island life to her 21 million followers via stories.

Deborah, Hugo, and Maria all seem to be enjoying and having a party of a time in the tropical Maldives, with Lily Beach as their personal paradise 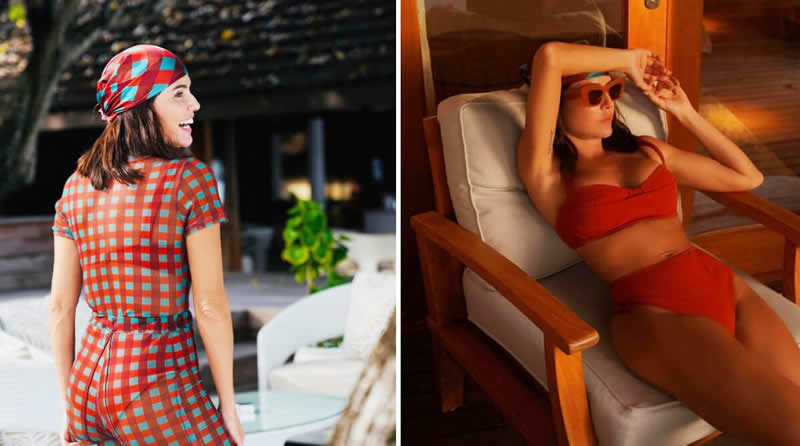 The five-star Lily Beach Resort is located on the 600-metre-long and 110-metre-wide island of Huvahendhoo in South Ari Atoll. Today, Lily Beach Resort and Spa ranks among the leading resorts in the country with Premium All Inclusive, which was the result of an excellent redesign and reconstruction of the hotel. With its Platinum Plan, which includes far more than the traditional package of cocktails, premium brands, champagne and international culinary delights, Lily Beach offers luxury all-inclusive holidays at the highest level. These include two excursions, which can be selected from a wide range of activities, including sunset fishing, snorkelling trips or a visit to a local island.