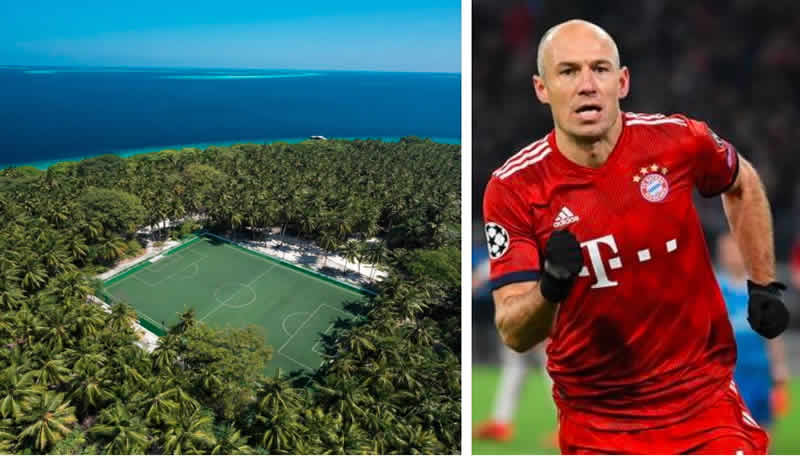 Festive Season is poised to ‘kick’ off at Amilla Maldives Resort and Residences with a little help from a football legend. Former Chelsea, Real Madrid and Bayern Munich winger, Arjen Robben, will be leading a special football camp for kids at the five-star Maldives resort.

The Amilla Festive Football Camp 2021 will see Robben coaching youngster from December 26th-30th. Youngsters from around the world will be able to come together to brush up on their footy skills, learn some new ones and have a lot of fun at the same time.

Amongst his many accolades, Robben played for the Netherlands three times in the World Cup, as well as three times in the European Championships. He was named to the FIFPro World XI and the UEFA Team of the Year, helped Chelsea bring home two Premier League titles and scored the winning goal for Bayern Munich in the 2013 Champion’s League Final.

Robben is delighted to be bringing his star power to Amilla Maldives and hopes to help inspire a new generation of footballers to keep fit, enjoy ‘the beautiful game’ and maybe even follow in their footsteps one day.

Amilla Maldives Resort and Residences is renowned for its spectacular events and it’s newly-released Festive Season schedule suggests it will live up to its reputation this year, too. From the build-up to Christmas Day and New Year’s Eve, right through to Orthodox Christmas, the Baa Atoll private island resort will be sizzling with live entertainment.

It all kicks off with ‘What the Dickens! An Island Christmas Carol Cabaret’ on Christmas Eve. The entertainment will continue as Amilla gears up for New Year’s Eve’s ‘Out of the Blue’-themed celebrations. Then Orthodox Christmas Eve will offer a fresh take on a traditional tale, ‘The Song of Babushka’.

With such a fun-filled schedule, Amilla looks set to continue being the centre of festive fun this year and into 2022. Bookings for the resort’s Villas and Residences are already filling up fast for this period.