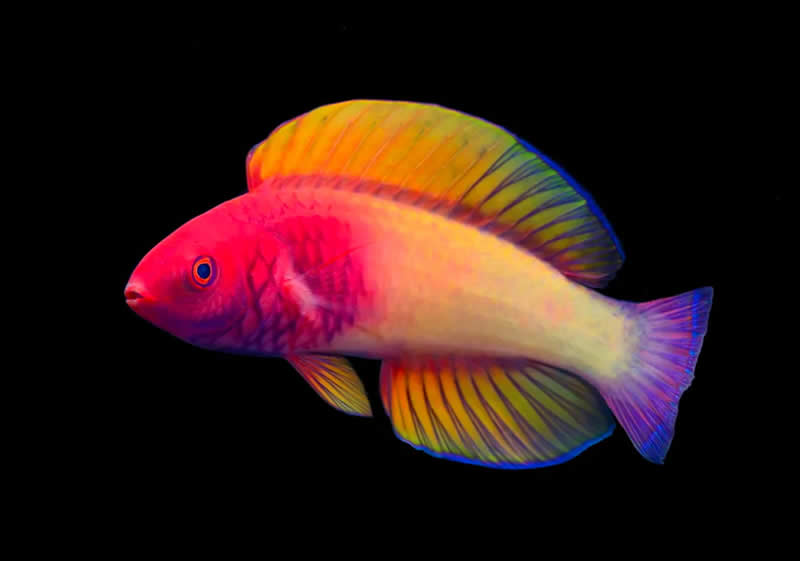 Named after the country’s national flower, the new-to-science Rose-Veiled Fairy Wrasse is the first fish species to be formally described by a Maldivian researcher. It is also one of the first species to have its name derived from the local Dhivehi language, ‘finifenmaa’ meaning ‘rose’.

Scientists from the California Academy of Sciences, the University of Sydney, the Maldives Marine Research Institute (MMRI), and the Field Museum collaborated on the discovery as part of the Academy’s Hope for Reefs initiative aimed at better understanding and protecting coral reefs around the world. 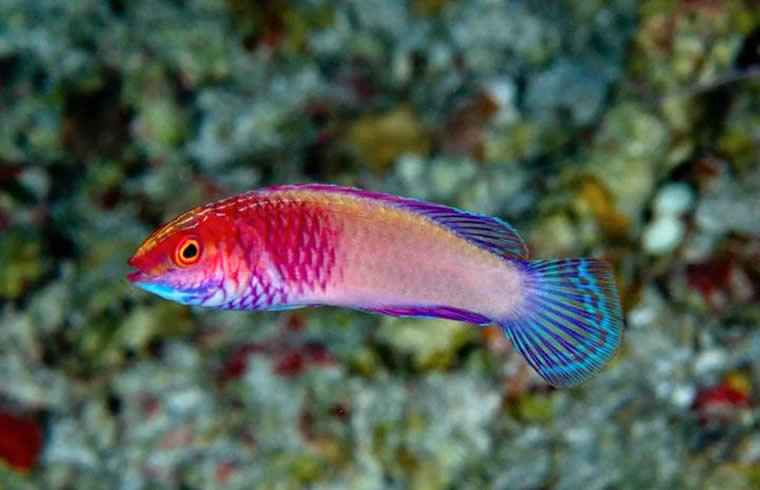 Ahmed Najeeb, co-author and Maldives Marine Research Institute biologist said in a press release, “It has always been foreign scientists who have described species found in the Maldives without much involvement from local scientists, even those that are endemic to the Maldives”. He added that it has been exciting to be part of something like this for the first time.

C. finifenmaa was first collected by researchers in the 1990s. It was originally mistaken to be the adult version of a different species, Cirrhilabrus rubrisquamis, which had been described based on a single juvenile specimen from the Chagos Archipelago, an island chain 1,000 kilometers (621 miles) south of the Maldives.

After this new study that took a more detailed look at both adults and juveniles of the multi-coloured marvel, researchers have confirmed that C. finifenmaa is indeed a unique species. The fish was found in Maldives’ ‘twilight zone’ reefs – the virtually unexplored coral ecosystems found between 50- to 150-meters (160- to 500-feet) beneath the ocean’s surface. Researchers also found at least eight potentially new-to-science species yet to be described.

California Academy of Science noted that the species is already being exploited by the aquarium hobbyist trade.

“Though the species is quite abundant and therefore not currently at a high risk of overexploitation, it’s still unsettling when a fish is already being commercialized before it even has a scientific name,” says senior author and Academy Curator of Ichthyology Luiz Rocha, PhD, who co-directs the Hope for Reefs initiative. “It speaks to how much biodiversity there is still left to be described from coral reef ecosystems.”