Where to Spot Cerebrities in Maldives 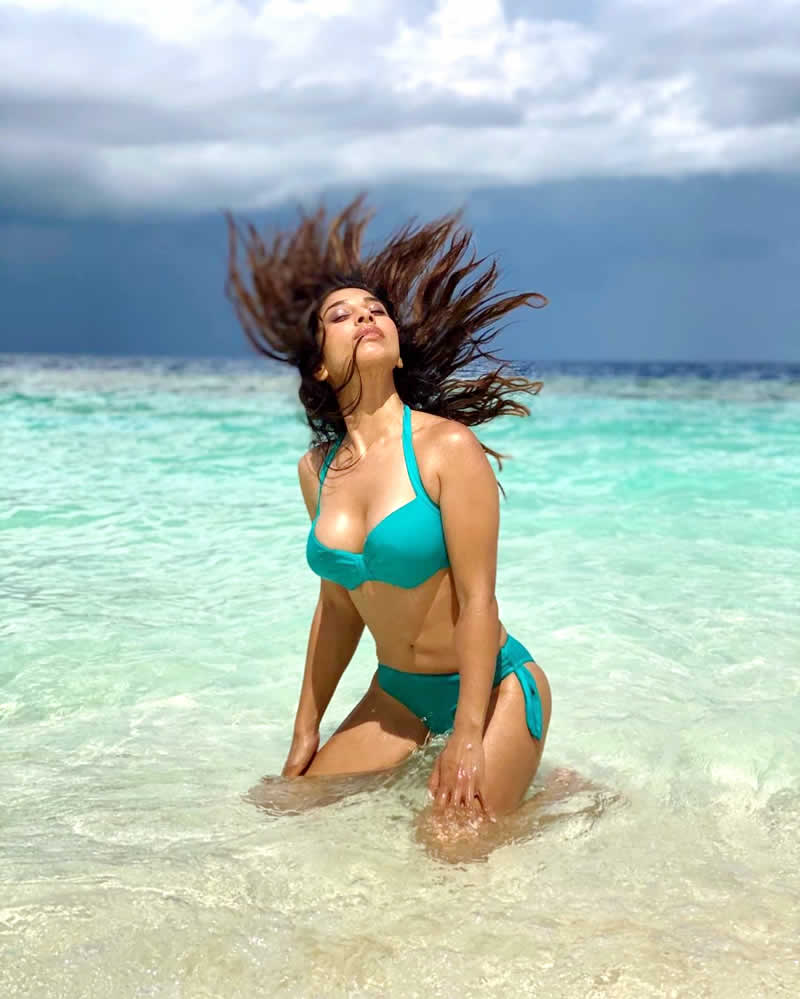 The Indian actress Sophie Choudry has been sharing stunning pictures from her vacation at Soneva Jani, Maldives.

On Tuesday, Sophie set the temperatures soaring with a picture of her enjoying her beach day. Sophie also set some serious fashion goals with her beach day outfit.

In the pictures shared by Sophie, she is seen flaunting her curves in a blue bikini and gave some stunning poses for the camera. She can be seen with her knee dip in water and gave a hair flip pose while enjoying her sea time. She opted for nude makeup with a dab of eyeshadow and lipstick for her photoshoot. The actress also set some beach body goals for us.

"How could she fear the rain when she has always been the storm," she captioned the post.

Hey, Sophie Choudry, we are loving your amazing Instagram entries from the Maldives. The actress is holidaying at the beach destination since the weekend. On Wednesday, Sophie Choudry posted a bunch of stunning pictures of herself and the scenic beauty of Maldives looks more breathtaking n her photos. Wearing a blue bikini, Sophie Choudry can be seen posing in the pool, as well as by the pool in her latest Instagram post. "Sunkissed and Blessed," she wrote in the caption and added: "Can't get over my incredible water villa and the views."

About Soneva Jani:
Soneva Jani is like someone with personal magnetism, someone who knows themself, knows the world and greets it with a big, welcoming smile. This resort doesn't just have character, it has charisma. The perfect combination of luxury and nature, Soneva Jani offers guests an unparalleled experience in idyllic surroundings. Inspired by the word, which means wisdom in sanskrit, Soneva Jani is Medufaru island, which is part of an uninhabited cluster of five islands in the Nunu atoll. The most exclusive luxury hotel in Maldives and the most prestigious for many hotel brand in the world is surrounded by pristine beaches covered with lush tropical greenery and a turquoise lagoon with crystal clear water and unbeatable views of the 360 ​​° Indian Ocean. Today, Soneva Jani has 24 water villas and one beach villa, although at a later stage it is planned to build additional beach villas 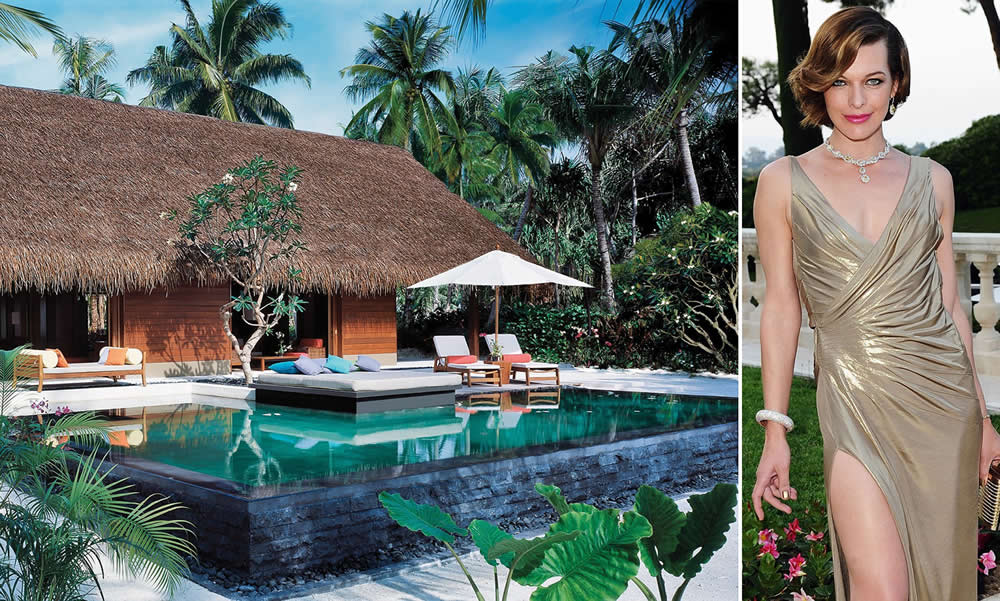 The Maldives is famous for their picture-perfect beaches, crystal-clear waters and of course the most luxurious resorts in the world. Maldives is a regular hot spot for the rich and the famous. From Hollywood celebrities to world famous athletes to the Bollywood stars, all head to the Maldives, for a romantic or family vacation. Nothing says luxury travel quite like a trip to the Maldives and it’s little wonder that the A-list seem to flock to these islands on the daily. With stars' social media feeds filled with those perfect beach shots and beautiful backdrops, it's almost impossible not to get wanderlust. Read more.