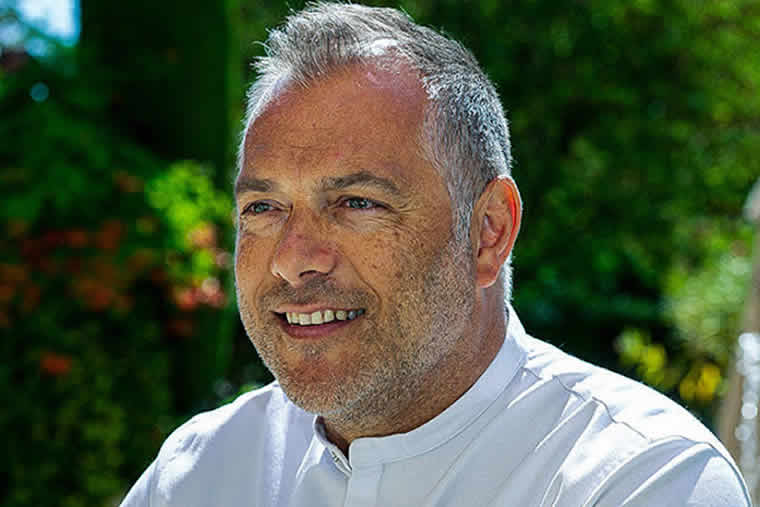 Celebrity chefs Christophe Chiavola and Hemant Oberoi are next up to headline the prestigious residency series at Sun Siyam Iru Veli, where they will each host intimate uber-exclusive dinners, bringing the best of fine dining experiences to the shores of Maldives.

Chef Christophe Chiavola is a Michelin-starred chef, whose coveted dishes are multi-sensory experiences that feature a wonderful interplay between visual playfulness, aroma, and taste. His cuisine has been described as graphic and colourful, yet graceful and feminine, where individual flavours shine clear and bright before harmonising together on your palate.

‘It is cuisine without artifice; a mixture of flavours, simplicity, discovery, love and elegance, all washed down with passion and care,’ he declares, naming seafood his favourite for its unequalled subtlety of taste, and purity of wild catches.

Christophe Chiavola is currently based at Château de Massilan, where he was awarded his first Michelin star.

Few names are as prestigious in culinary circles as Chef Hemant Oberoi’s, a chef who can truly lay claim to singlehandedly revolutionizing, popularizing, and reinventing modern Indian cuisine, catapulting it to the forefront of world cuisine.

Hemant Oberoi first joined the Taj Hotel in Mumbai as a trainee chef, retiring 42 years later as ‘Grand Executive Chef’ of Taj Hotels, a designation specifically created for him.

By the time he left, he had directed food & beverage for all of their 27 luxury properties for the past 20 years, conceptualizing and popularizing many award-winning restaurant brands of Taj, including Zodiac Grill, Sidewok, Souk, Wasabi, and Varq, and inventing dishes like Tamarind sorbet, an Avocado quinoa chaat, Peruvian sushi, Masala tea crème brûlée, and Gulab jamun tiramisu, to name a few.

Chef Hemant Oberoi has hosted exclusive dining experiences for some of the world’s most powerful personalities, ranging from the effluent Ambani’s, movie-industry notables such as Amitabh Bahchan, Rani Mukerjee, Rishi Kapoor, Brad Pitt, and Naomi Campbell, to prominent political figures and monarchs of note such as, President Barrack Obama, PM Margaret Thatcher, Henry Kissinger, Bill Clinton, Prince Charles, Tony Blair, the Duke of Edinburgh, King Hussein of Jordan, Prince Albert of Monaco, and many others.

Need, we say more? Join us at Sun Siyam Iru Veli to experience the most innovative, and most exclusive of international gastronomic events. From 16th to 19th May, Chef Christophe Chiavola and from 6th to the 9th June, we have Chef Hemant Oberoi cooking up some excitement at Iru Veli’s signature restaurant Roma.

About Resort: Sun Siyam Iru Veli is a newest premium All Inclusive escape located in South Nilandhe Atoll Maldives. Perfect for honeymooners and family holidays and true to the Sun Aqua brand, this 5* star resort is laid-back and stylish with a playful vibe. In addition to 125 grand overwater and land based suites with private pools and direct ocean views, guests here will find a rather long list of amenities throughout the entire resort. These amenities range from a lovely spa, multiple dining options, including an over the water restaurant, many different ocean activities and a reef just off shore that's perfect for guests seeking an afternoon snorkeling adventure.

Sun Siyam Resorts in The Maldives

The resort group is on a major expansion drive, with several new resorts opening in the Maldives and Sri Lanka.