Raise Your Game at the Maldives’ Most Luxe Tennis Resorts 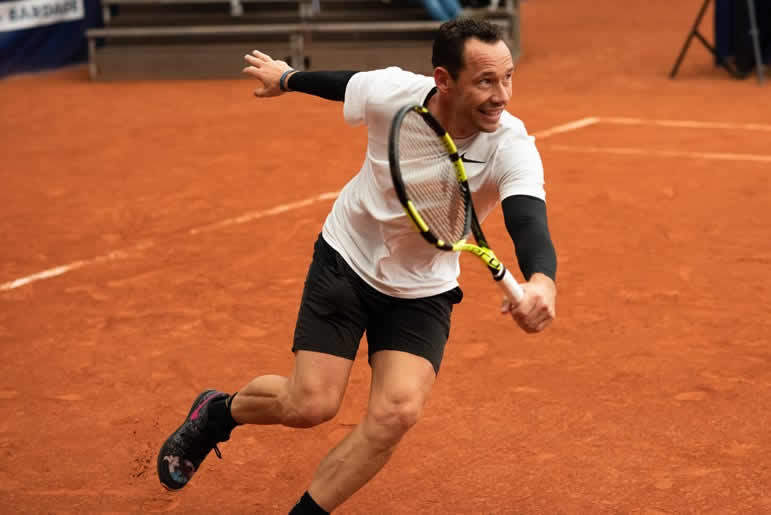 Sun Siyam Iru Fushi is thrilled to announce tennis lessons in Maldives with the former professional and highly world-ranked tennis player, Michaël Llodra from 15 to 25 February 2022..

Known for his skilled net play, Llodra has been described as the 'best serve and volleyer in the world' by Essential Tennis and players of note such as two-time French Open finalist Robin Söderling called Llodra's serve "unbelievable and his volleys "the best on the tour".

In a blazing career spanning 15 years, Michaël Llodra have played and won against several of the world's top ten players including current world champion Novak Djokovic. He is also an Olympic silver medalist, finishing 2nd in the 2012 doubles event with partner Jo-Wilfried Tsonga.

Michaël Llodra has won five ATP singles titles and twenty-six men's doubles titles, including three Grand Slam tournaments (the Australian Open in 2003 & 2004, Wimbledon in 2007), three Masters 1000 and a Masters Cup in addition to reaching twenty-seven other finals on the main circuit.

Don’t miss this phenomenal opportunity to train and learn elite tricks and techniques under the unrivalled supervision and guidance of one of the top athletes in the world. Join the group sessions or book an exclusive private one-on-one to take your game to the next level.

All classes are to be held on the beautiful outdoor tennis courts of Sun Siyam Iru Fushi against the tropical backdrop of the tall coconut palm trees swaying in the tropical breeze.

About resort: Accessible by a scenic 45-minute seaplane journey north of Malé, the beautiful resort of Sun Siyam Iru Fushi is a 52-acre resort set in the limpid waters of Noonu Atoll, and home to 221 beach villas and over water villas where contemporary architecture meets traditional rustic thatched roofs, and modern comforts blend seamlessly into the surrounding nature.

Sun Siam Resorts in The Maldives

The resort group is on a major expansion drive, with several new resorts opening in the Maldives and Sri Lanka. Read More