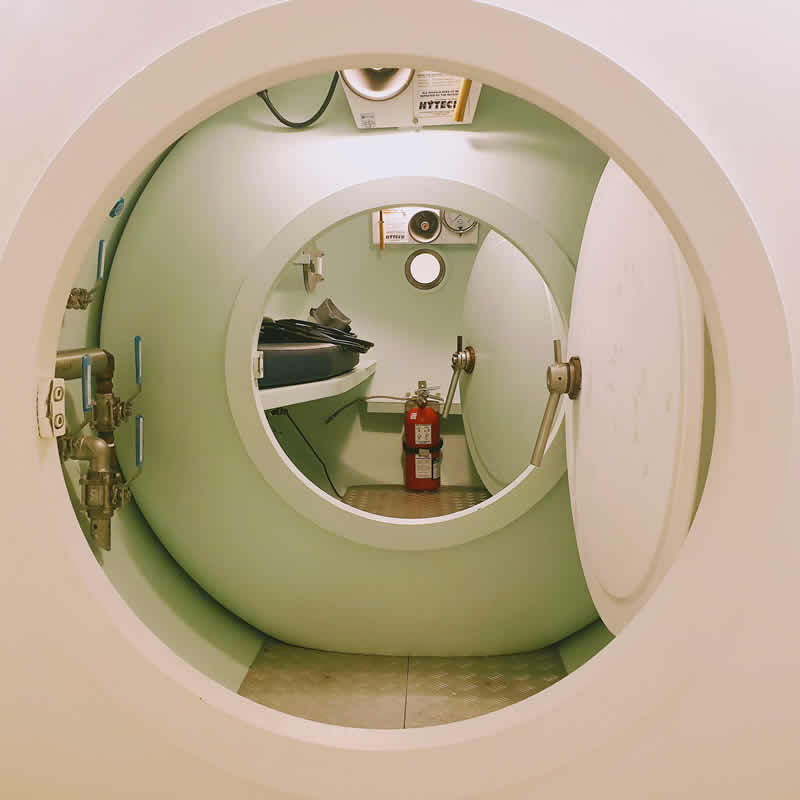 Kandima Maldives has yet again taken another step in adding differentiation to the resort’s offerings, not only to its guests but also the local dive community in the Maldives. Kandima has inaugurated its new hyperbaric chamber facility on 10th November 2021 in the presence of many VIP officials from Dhaalu Atoll and showcased an in-depth interactive demonstration at its state-of-the-art medical facility on the island.

Being referred as a true active lifestyle resort in the Maldives, Kandima has left no shells unturned when it comes to delivering a guest commitment and community expectation that is anything but ordinary.

This hyperbaric chamber facility is the only such facility in the entire Dhaalu Atoll and other neighboring Atolls and will facilitate to bridge a gap for such a facility in the Maldives. This new addition to Kandima’s fully equipped medical facility at the resort marks another strong milestone to its progressive brand commitment.

The HBO Chamber is open at Kandima’s fully equipped medical facility for both divers and fishermen. The treatment is covered by all diving insurances and is part of Kandima’s CSR initiatives. The resort’s visionary commitment has always been to lead extraordinary endeavours to a healthier living with safety at the heart of every promise.

Other Medical Centres with hyperbaric or decompression chamber in the Maldives:

Kandima has got the perfect Maldivian adventure for you! Book our special offer and receive the best rates and a free meal plan upgrade with a host of other book direct benefits for your K’adventure! The rate includes complimentary inclusions such as snorkelling trips, fitness activities, dining adventures and many more! Enjoy your Maldives holiday in Kandima - book now to secure your reservation.

Kandima is a "new look" of the Maldives combining wild parties in the beach club, extensive dining options and even a chance to see the dolphin from the bathroom. It's about genuine hospitality with a human face and clever solutions that use the latest innovations, not to mention the playful spirit of a private island. Kandima was a late-comer to the Maldivian tourist market and is markedly different to the classic honeymooner resorts. It's aimed at sports-loving, party-going groups as well as couples and active families, and has a range of accommodation options, from affordable studios to luxury pool villas.

Located on a lush tropical island in Dhaalu Atoll is just a 30-minute flight from Velana International Airport, Kandima offers a choice of 266 stylishly designed studios and villas, with 11 different categories to choose from. The four-star plus resort has first class facilities, boasting the largest pool in the Maldives, tennis courts, an art studio, a marine biology school, a kids club, a game room, a library, a gym, a yoga studio and a spa. Read Full Review