Maldives is a a South Asian sovereign state in the Indian Ocean, consisting of 26 atolls and more than 1190 islands. Each resort (there are more than 130 of them) is located on a separate private island, providing peace and quiet, as well as easy access to blue waters and incredible marine life.

The main air gateway of the Maldives Republic is Velana International Airport (MLE), located in North Male's Atoll southern corner on the island of Hulhule in a 5-minute boat ride from the country's capital. The length of the North Male atoll is 70 km and the width is 40 km.

Thanks to the short distances from the islands to Male airport the main transport in this part of the Maldives is a speedboats and traditional dhony boats. Travel time can vary from 15 minutes to an hour. The rates are depending on the distance: from 60 USD to 200USD for round-trip. The kid's ticket price is half the adult. For transfer to the remote islands of North Male Atoll, you can order a seaplane at your request. In all cases you will need to notify your hotel from 48-72 hours before the date of your arrival to the Maldives, so that the hotel's staff booked for you a speedboat or an air taxi.

Speed boat transfers operate 24 hours per day. These transfers will be arranged by the hotel based on your arrival/departure time.

Good to know:  All seaplane transfers are made during daylight hours, and offer an amazing perspective on the atolls, islands, reefs and lagoons. Seaplanes operate from 6:00 a.m. until 4:30 p.m., 7 days per week. However, schedules vary depending on the arrival and departure times of all guests on that given day. You must arrive in Male before 3:30 p.m. in order to catch a same day seaplane transfer. If you are unable to find an international flight which gets you here in your time, you could also spend a night in Male or Hulhumale and see what the local life is like. As for departure: the seaplane operator takes care of all guests who have their international flight schedule departure time after 9 AM. Your inbound flight from the Maldives must depart between 0850hrs and 2000hrs. More detailed information you can get from "Good to Know" section available in the description of each hotel. 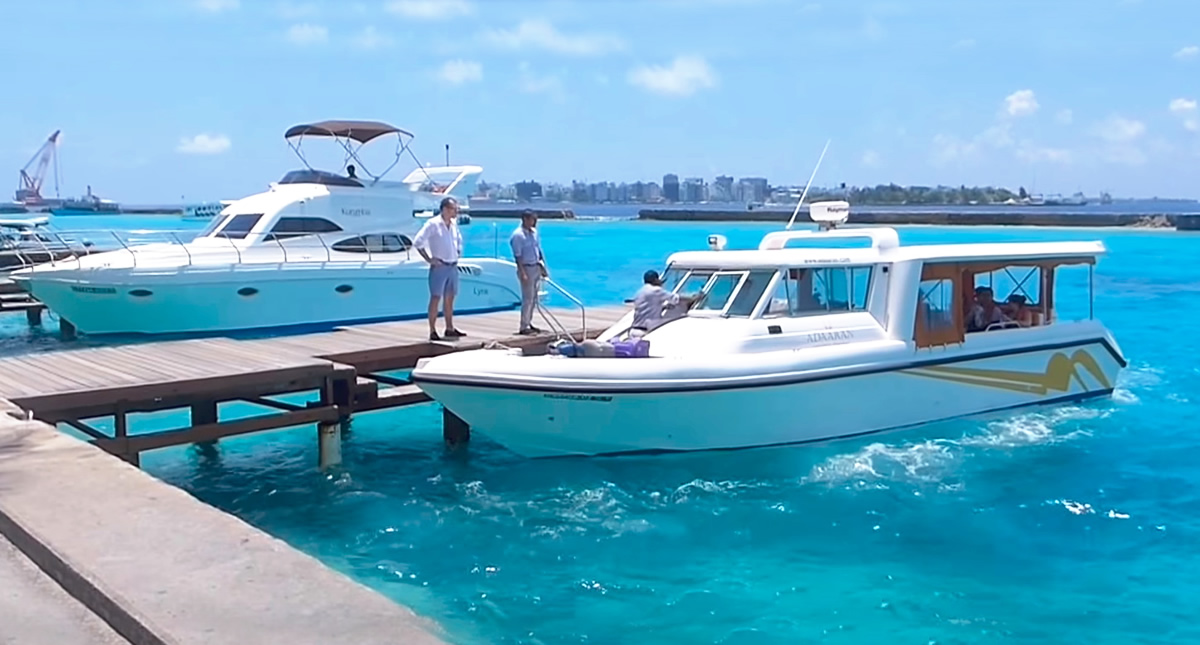 North Malé Atoll and South Malé Atoll together with Kaashidhoo Island and Gaafaru, the group forms the administrative division of Malé Atoll which is referred to by its Thaana alphabet letter code name Kaafu Atoll that has 107 islands.

Atoll is blessed with world class dive sites, many of which are on top in the Maldives. Manta rays stations, hipnotic reef formations, coral gardens and wrecks - all part of a fun diving is in the heart of North Male atoll. Maldives Victory, which sank on Friday, 13th 1981, near Hulhulé island ( Velana airport), is now a popular dive site.

North Male atoll located in the heart of the Maldives archipelago, consists of 50 islands, and only 8 are inhabited, 29 are island resorts, the rest are uninhabited or rented out. The first hotel in the Maldives opened in North Male in 1972 and had only 30 rooms. Today, luxury resorts are ready to accomodate daily up to several thousand guests.

Thulusdhoo island is the center of business and commercial activity. The place is best known for its Coca Cola factory, drinks prepared from desalinated sea water. The State Trade Organization (STO) has one of the main depots of dried fish on this island. Here, all dried seafood is exported to other countries. Fishing boats from northern atolls loaded with dried fish come to Thulusdhoo port to sell their catch. In addition to everything, on the island there are factories for the production of clothes and traditional Maldivian dhoni boats, that here are built from fiberglass fabrics. The eastern side of Thulusdhoo called 'Cokes' is the famous surf spot. If you prefer this water sport - the eastern beaches of the North Male Atoll - await your feats.

The famous surfing spot and dive site, Himmafushi is the populated island of North Male Atoll (Kaafu Atoll), Maldives. Located halfway to Diffushi, between Huraa and Male airport, Himmafushi is an excellent island for a budget holiday.

Situated in North Male atoll between the islands of Himmafushi and Thulusdhoo, Huraa Island is a 35-minute speedboat from the Male airport. A good option for budget holiday!

In the atoll's northern part, 87 km from the capital of the Maldives, lies the large agricultural island of Kaashidhoo, which is the fifth largest island in the Maldives. The earth shak, measuring almost 3 square kilometers, is known for the ruins of an ancient Buddhist temple, pre-Islamic period, and abundant coconut plantations.

To the south of this island is a small isolated Gaafaru atoll. Gaafaru island is the only island on the eastern side of the reef, which is marked by several shipwrecks. The population of the island of Gaafaru is approximately 1100.

Metropolis Male is the real Indian Ocean's Manhattan. In the capital of the Maldives, there are all city attributes, including mosques, the market, banks, souvenir shops, shopping malls, restaurants, cafes and bars. In fact, in Male it is impossible to get lost - all the streets face three great roads. Also on the island there are many hotels, each of which offers pleasure cruises along the islands of the Maldives archipelago, calculated from one to several days.

Dhiffushi island is one of the inhabited islands of the North Male Atoll located next to Meerufenfushi. Diffushi was one of the first islands in Male Atoll, where they began to build guest houses for budget tourism. The island has a hospital, a mosque, restaurants and cafes, two shops and a local football club. 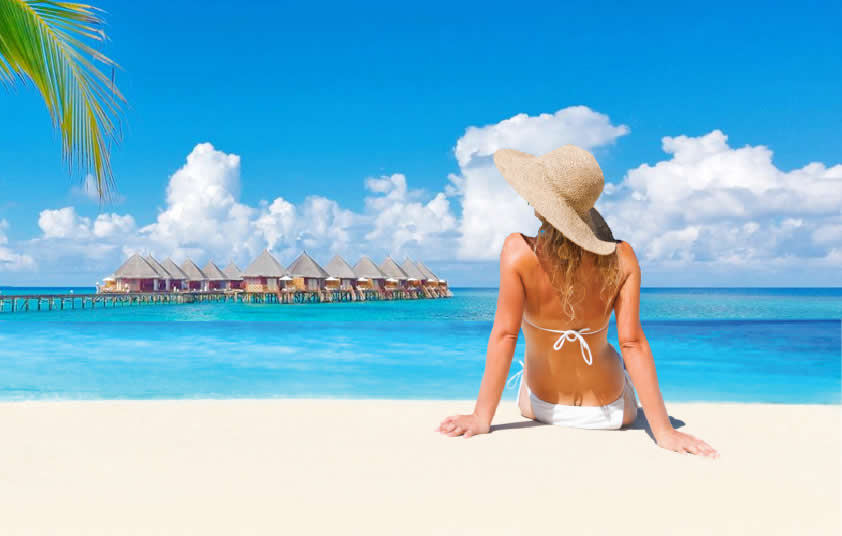 Most of the Maldives' attractions including the natural wonders of the North Male Atoll are below the waterline. Many local islands and luxury resorts have vibrant house reef offering a great snorkeling with a vibrant marine life.

As an alternative, you can go on an excursion to the capital of the Maldives. Male City is replete with local attractions and the city tour takes you not so much time, but if you are so curious to visit:

As well as 25 picturesque mosques in the capital, the most interesting are Hukuru Miskiiy (XII-XV cc.) with the minaret (1675) and the sultans cemetery; Bandara Miskiiy, Daruma Baryta Miskiiy (XV century, the oldest in the country), Kalu Vakaru Miskiiy and more.

In addition to hotels, attractions, restaurants and cafes, the metropolis of Male is also filled with shops where visitors can buy stuff. Malé shopping can be an exciting adventure. Read More...

In fact, all hotels have a spa, some even world-class, so your body and mind are waiting for a decent and well-deserved relaxation. On some of these paradise islands you will find perfect beaches, lots of sun and sand, ideal spots for swimming and house reef snorkeling. 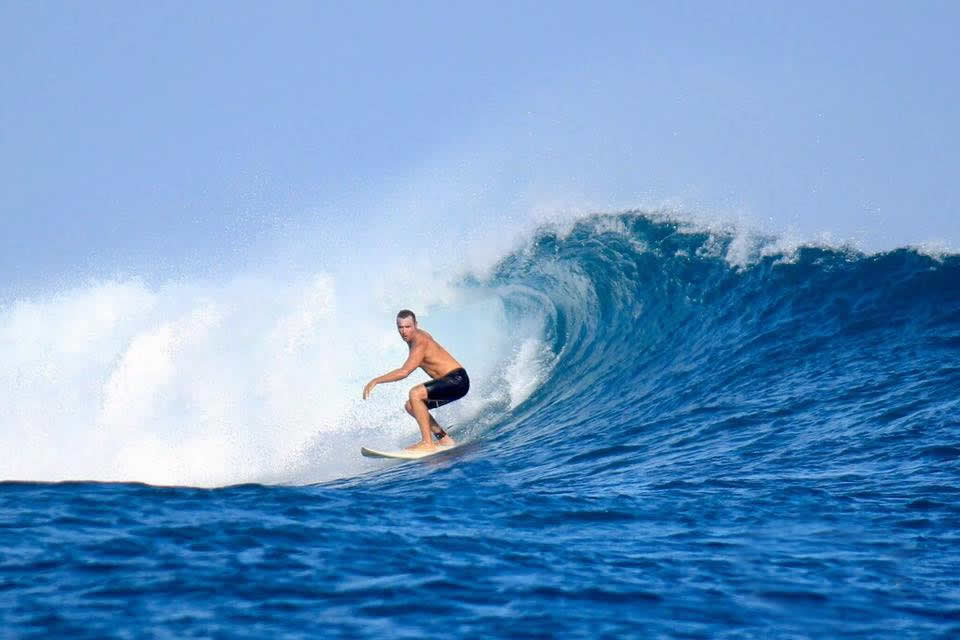